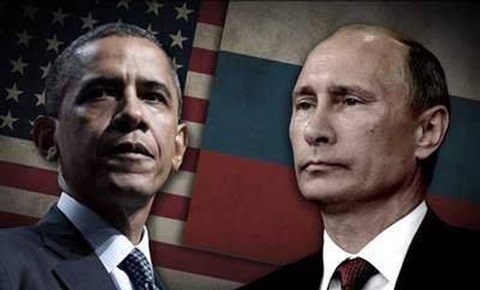 Barack Obama was either very secretively cunning, or someone in his administration was.  Before there was an investigation into “Russian hacking,” which we’ve seen no shred of proof even happened, the former president ordered a retaliation against our Cold War foe, which could lead to war.

Before the tears of the saddened liberals dried after Donald Trump beat Hillary Clinton to become the 45th president, Obama was at it with his “pen and phone,” determined to destroy any chance Trump had at being a success. Obama, who was upset that Hillary Clinton would watch Donald Trump inaugurated as president, decided to shift blame to Russia. He authorized a covert cyber operation to deploy “implants” in Russian networks that could be triggered remotely in retaliation to any future cyber aggression by Moscow, The Washington Post reported Friday.

Since we have yet to see any evidence that Russian hacked the election, and admission from intelligence officials confirmed that no votes were changed because of the fabricated “meddling” story, Obama’s ticking time bomb of cyberwarfare could blow up in our faces.  After demanding the NSA infect Russian networks with the implants, he also made said implants difficult to remove.  Should the Russian government attempt to undo the actions of the emotional temper tantrum by Obama, they will be extremely discomforted.

The implants, developed by the NSA, are designed to hit Russian networks deemed “important to the adversary and that would cause them pain and discomfort if they were disrupted,” a former U.S. official told The Washington Post. Note the use of the word “adversary,” almost as if Obama’s goal was to begin a war with Russia. And to make matters worse, “U.S. intelligence agencies do not need further approval from (President) Trump, and officials said that he would have to issue a countermanding order to stop it,” the Post reported. “The officials said that they have seen no indication that Trump has done so.”

These implants could be “activated” if Russia interferes with another election, which is code for: should Trump win re-election in 2020.  They could also be used if Russia takes action against the United States, although there is no reason to suspect that they would. Vladimir Putin does not see the US as an enemy, so it appears that Obama is simply attempting to incite a war with the former Soviet Union.  It’s not really a secret that Obama and Putin didn’t like each other.

Putin is coming out of this looking like the bigger man.  He’s taken the evidenceless blame on his country with a grain of salt. Democrats and their warmongering leader, Obama, seem to insist on poking the Russian bear. Putin has so far, downplayed the retaliations against him, and his attitude regarding the media hysteria, which is leading to an another war, is actually cool and calm compared to those in our own government.  Actions taken by Barack Obama during his term could result in a war with Russia, in which the left with blame on Donald Trump.