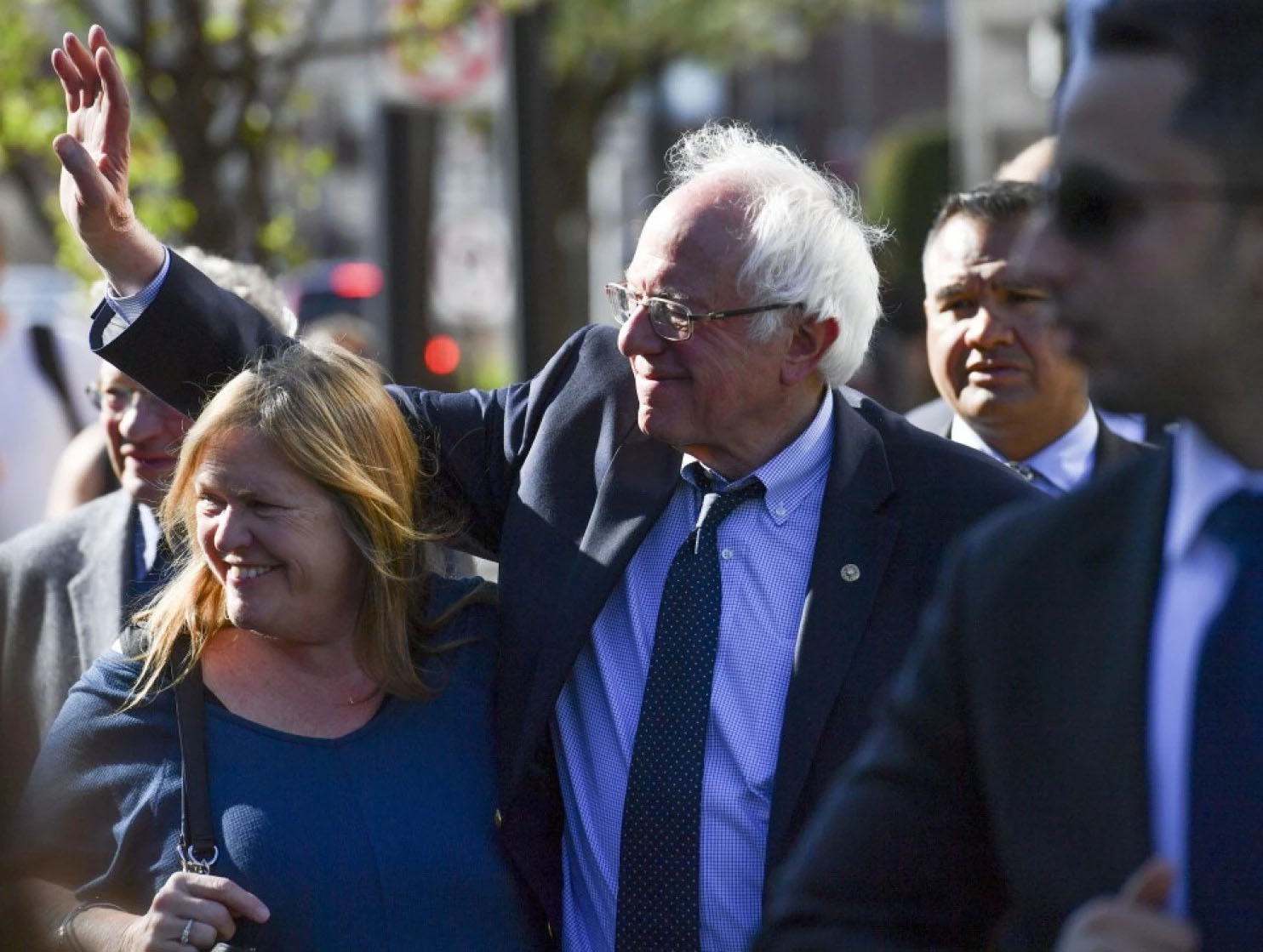 All I have to say is, it couldn’t happen to a nicer guy. Vermont Senator Bernie Sanders and his wife Jane are now being investigated for a loan that was obtained to expand Burlington College while she was president there.

Apparently, like her husband, Jane is just as much of a Socialist. During her time at Burlington College as president from 2004 to 2011, the college suffered a “crushing weight” of debt. Apparently, the debt was so large, the college is set to close later this month.

“The college, which enrolled 224 students as of fall 2014, said it faced financial troubles connected to its 2010 purchase of 32 acres of lakefront property from the Diocese of Burlington, according to the Burlington Free Press,” according to The Washington Post. “The college said it had sold property to reduce its debt to a manageable level, but it was placed on probation in 2014 by its accrediting agency and it faced cash flow problems due to the imminent loss of a line of credit.”

Zero Hedge elaborates on the loan and the debt.

The reason for the small liberal school’s terminal financial trouble is that to fund the property purchase from the Catholic diocese, Sanders took out $10 million in loans. As HeatStreet reported last year, the college almost immediately fell short on its financial obligations as fundraising pledges and commitments Ms. Sanders cited in the loan agreements never materialized. Less than a year after leading Burlington College into massive debt, Ms. Sanders resigned, taking with her a $200,000 severance package. By 2014, because of its shaky finances and running deficits, Burlington College found itself placed on probation for two years by the regional accreditation agency.

Jane Sanders stepped down in 2011 amid a dispute with the college’s board. After her husband launched his presidential campaign, news stories emerged that scrutinized her role in a loan application for the lakefront ­real-estate purchase. Jane Sanders has dismissed those stories as politically motivated and said the issue was not a factor in her departure from the college.

CBS News is reporting that the FBI is investigating the couple for bank fraud, and that the Sanders have now hired “prominent defense attorneys” to represent them after attempting to ignore the FBI investigation.

Brady Toensing of Burlington, who was a chairman for the Trump campaign in his state, filed a claim to the US attorney for Vermont.

Those documents were reported on by Politico.

Backed by six exhibits and a dozen documents, the four-page letter described how Jane Sanders had “orchestrated” the purchase of 33 acres along Lake Champlain in Burlington, Vermont’s largest city, where her husband had minted his populist political brand as mayor. The deal closed in 2010, when the senator’s wife was president of Burlington College, a tiny, obscure, nontraditional school that always seemed to be struggling for students and funds. The letter alleged that to secure a $10 million loan and execute her grand plan to expand the college, Jane Sanders had falsified and inflated nearly $2 million that she’d claimed donors had pledged to repay the loans.

Sanders had “successfully and intentionally engaged in a fraudulent scheme to actively conceal and misrepresent material facts from a federal financial institution,” the letter alleged. It pressed for a federal investigation into potential bank fraud.

Beyond the glare, federal investigators and FBI agents started to pull apart the $10 million financial arrangement. They showed up at Burlington College to sift through hard drives, audit reports and spreadsheets. They began to interview donors, board members and past president Carol Moore. “I was contacted and spoke with an FBI agent numerous times last spring, again last summer,” Moore told Vermont Public Radio in May 2017, “and recently, maybe a month ago.”

That strategy seems to have run its course. The federal investigation has been going on for a year and a half. As recently as April, federal investigators were reviewing records and interviewing participants, according to email traffic and former Burlington College board members who have been contacted by FBI agents. The FBI, it seems, is looking into exactly what Jane Sanders did or didn’t do—and whether her husband Bernie, hero of the progressive left, tried to ease along one of the loans.

According to records, Sanders told People’s United Bank and the state bonding agency that the college had $2.6 million in pledges to secure the loan. However, internal college audits demonstrated that only $676,000 in actual donations came in from 2010 to 2014.

“Sanders listed two people as having confirmed pledges for more money than they had offered; neither knew their pledges had been used to support the loan,” Politico reported. “A third donor had offered a $1 million bequest, to be paid upon her death. Instead, the college’s loan application counted it in funds to be paid out over the next few years.”

One of the donors said that donation was contingent upon her death, but found out the college was counting her $1 million donation towards paying off the land loan in increments.

Look, if Socialists will scream and yell for your money to spend it on other people as a form of “charity” from government, you can not trust such people when it comes to being in charge of that money at a college either.

Of course, Politico tries to cover for Sanders and take some pot shots at Toensing, but the bottom line is did Sanders commit bank fraud? From what has been reported so far, it appears that she was dishonest about the pledges and donations to the college in order to obtain the loan.