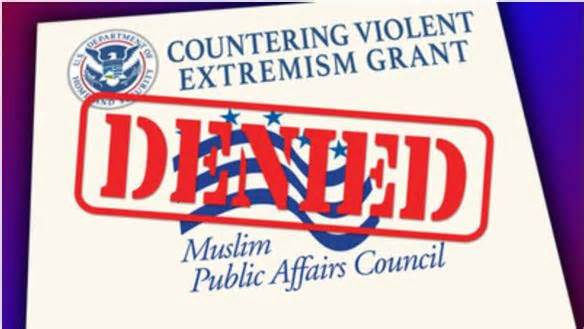 Homeland Security Secretary John Kelly eliminated plans that Barack Hussein Obama Soetoro Soebarkah had to fund Islamic groups that were close to him, and further disinvited those same groups to a 2017 Islamic “Iftar” dinner.

Yes, this is the same John Kelly who just this past week said, “As far as Ramadan goes, you know, first of all, the uptick in violence and activities [during Ramadan is] done by a very, very small percentage of people who have just corrupted the whole concept of Islam as a religion, but it is what it is.”

While this is not true when you consider every Islamic country in the world, this particular move was a good one.

The turnaround was made public on Friday when the Department of Homeland Security announced a revised list of the organizations which are getting DHS funds to help revent young Muslims from becoming jihadis. The new list replaced an Obama list announced January 13, 2017, and it dropped a $800,000 grant for an Islamic seminary in Los Angeles, and a $393,000 grant for a linked organization, the Muslim Public Affairs Council Foundation.

The foundation is a spin-off of the D.C.-based Muslim Public Affairs Council, whose leaders were frequent advisors to Obama and his deputies, where they lobbied for a national strategy of letting semi-segregated Islamic political communities and groups — but not the FBI — play the leading role in combating Islamic terrorism.

Stop right there. Why in the world and upon what Constitutional basis was our central government providing money for Islamists to open a seminary to espouse their doctrines of demons, as well as a public affairs council foundation?

Well, it’s in part due to the person who was in charge of the Executive Branch at the time, Obama.

Kelly’s new funding list eliminated grants to several additional organizations, including $400,000 for Life After Hate Inc., $499,998 for the Somali-focused Ka Joog organization in Minneapolis, $40,000 for the Muslim American Leadership Alliance, and $396,585 for Unity Productions Foundation, whose lawyer in Mazen Asbahi.

In turn, Kelly shifted the money to the Global Peace Foundation in New Jersey, and to Hennepin County Sheriff’s Office in Minneapolis, and the Heartland Democracy Center in Minneapolis, where many local Somalis have preserved strong ties to Islamic armed groups in their homeland.

The funding cut-off came one day before the final day of the 2017 Ramadan season. In prior years, Obama invited Muslim ambassadors and U.S.-based Muslim allies to share a fast-breaking “Iftar dinner” at the White House. At Obama’s final 2016 Iftar, the attendees chanted “Four More Years!”

The Trump administration didn’t give a reason for why they were not holding the annual Iftar dinner, but some of the reasons put forth by Neil Munro were the divisions of many Arab Muslim countries or not wanting to invite certain Islamic advocates who worked closely with Obama.

The first reason seems silly since there have always been divisions among Muslims in these countries. However, the second one is probably more correct.

Among those not invited were the president of MPAC, Salam Al-Marayati, whose grant was cut June 23 and Mohamed Magid, a Sudanese cleric who heads the All Dulles Area Muslim Society mosque in Northern Virginia and is a former president of the Islamic Society of North America, an organization that is targeting Americans’ right to keep and bear arms. Magid was also invited to shape anti-terrorism policy at the FBI and DHS.

Magid accused the Bush administration of waging a “war against Islam and Muslims,” said that media references to jihad as “holy war” constitute a “misuse” of that term and persuaded DHS to erase from its “Countering Violent Extremism” curriculum any suggestion that Muslim terrorism draws its inspiration from the laws and doctrines of Islam. he was named to Obama’s Department of Homeland Security in 2011.

Magid and Al-Marayati‘s roles were tracked by the Investigative Project on Terrorism.

Not once did Obama invite Islamic reformers, such as Zuhdi Jasser, president of the American Islamic Forum for Democracy, a pro-Western Muslim group, to his Iftar dinners.

Others that Obama had close to him as advisers consisted of these Islamists:

Perhaps because President Trump has taken measures to label the Muslim Brotherhood a terror organization, which some of these groups and men are tied to, that could clearly be a reason for the defunding and disinviting. Good for DHS for doing so!