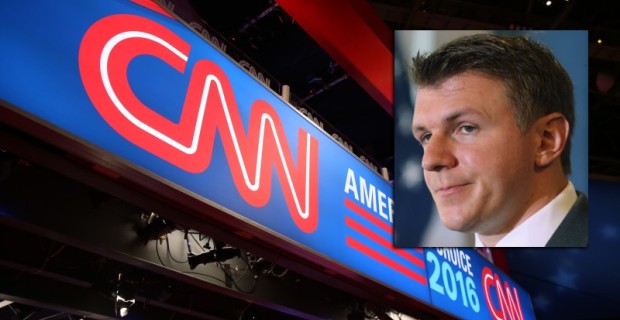 Higher ups at CNN admit Russia hysteria is a “nothing burger”

James O’Keefe is set to release another bombshell tape today that will cause even bigger embarrassment for scandal-hit CNN.

A source close to the issue tells Infowars the next set of tapes is going to be “crazy” and cause even more of a stir than Tuesday’s release.

CNN is getting hammered after senior producer John Bonifield was caught on camera admitting that the network’s relentless reporting about the Trump administration’s alleged collusion with Russia is “mostly bullshit” and just a ploy to get viewers.

As Laura Loomer writes, the next set of tapes will show, “More top level CNN correspondents on camera doubling down and further confirming that the Russia media hysteria is a nothing burger.”

O’Keefe himself referred to the next tape in a Twitter exchange with CNN’s Brian Stelter earlier today.

Stelter tried to downplay the scandal by asserting that the staffer shown in today’s video, “Isn’t involved in Russia or Trump coverage.”

That's just the reaction we were expecting and it just punctuates the video we release about CNN tomorrow. https://t.co/zZEvdX7zbf

“That’s just the reaction we were expecting and it just punctuates the video we release about CNN tomorrow,” responded O’Keefe.

O’Keefe then responded to a New York Times writer who claimed that O’Keefe unfairly used one individual’s private comments “to represent the whole network.”

This NYT reporter is about to eat his words tomorrow. Rationalize. Defend. What is Sopan going to do when others say more tomorrow? https://t.co/CfxnaeqPES

“This NYT reporter is about to eat his words tomorrow,” remarked O’Keefe.

This suggests that someone prominent at CNN who has been directly involved in pushing the Russia-Trump collusion hysteria has been caught on tape admitting it’s all nothing but hot air.

The establishment media’s desperate attempt to downplay today’s video by characterizing it as just the opinion of one person looks set to blow up in their faces.