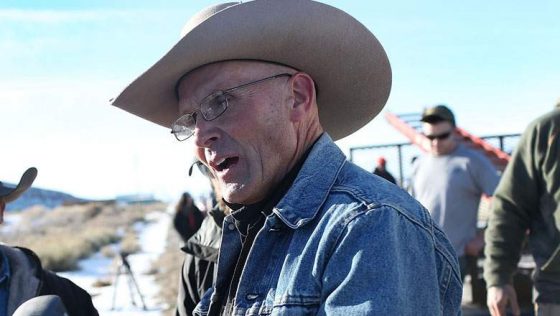 An FBI agent has been indicted on federal accusations that he lied about firing shots at Robert “LaVoy” Finicum in 2016 when officers arrested leaders of the Malheur National Wildlife Refuge occupation.

The charges stem from a federal investigation into “mystery bullets” fired before Finicum was killed by Oregon state troopers in Harney County.

The agent will face allegations of making a false statement with intent to obstruct justice, according to sources familiar with the case, Oregon Live reports:

The indictment stems from a more than year-long investigation by the inspector general of the U.S. Department of Justice. The agent will be identified when he’s summoned to appear in U.S. District Court in Portland at 1:30 p.m. Wednesday.

Investigators said a member of the FBI’s elite Hostage Rescue Team fired at Finicum as his 2015 Dodge pickup truck crashed into a snow bank at a roadblock on U.S. 395. Finicum had just sped away from a surprise traffic stop on the rural highway as the occupation leaders traveled off the refuge to a community meeting Jan. 26, 2016.

The Oregon investigators determined the FBI agent fired at Finicum twice as he left his truck, hitting the vehicle on its roof and missing on the second shot.

But none of the hostage team members reported that they discharged their firearms.

That agent’s bullets didn’t hit Finicum, 54, an Arizona rancher who was the spokesman for the armed takeover of the federal sanctuary.

It was Oregon state police who killed Finicum. He was shot three times after he emerged from his truck and reached for his inner jacket pocket, where police claim he kept a loaded handgun.

One of those bullets pierced his heart, according to an autopsy.

Oregon state troopers noted multiple rifle casings where the FBI agents had been standing during the shooting. During a later investigation, the Deschutes County Sheriff’s Office determined one agent fired two shots at Finicum’s pickup truck after it crashed into a snowbank.

The team of federal agents then covered up the shooting by removing the casings, the sheriff alleged.

Finicium’s widow, Jeanette Finicum, has said she plans to sue Oregon State Police and the FBI for civil rights violations in her husband’s death, reports Oregon Live. The suit will allege that state police and the FBI used excessive force in the confrontation that could have ended peacefully and that improper police procedures and lack of communication between state police and FBI agents at the scene contributed to his death, her lawyer said.