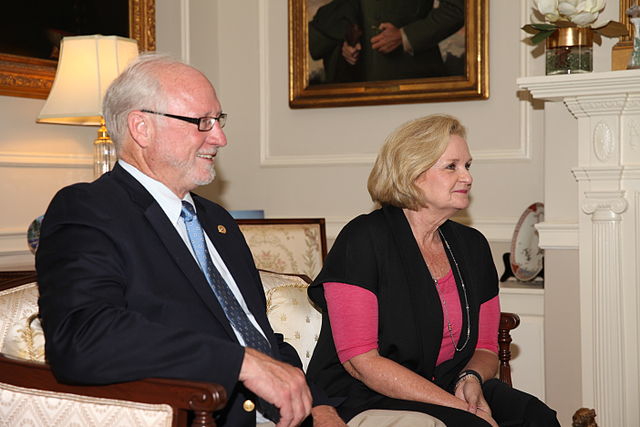 Democratic Senator Claire McCaskill, in a bid to demonize Jeff Sessions as a Russian agent, said back in March she had never met nor spoke on the phone with a Russian ambassador “ever.”

A simple look at her old tweets showed almost immediately that was a lie.

I've been on the Armed Services Com for 10 years.No call or meeting w/Russian ambassador. Ever. Ambassadors call members of Foreign Rel Com.

Off to meeting w/Russian Ambassador. Upset about the arbitrary/cruel decision to end all US adoptions,even those in process.

On Monday, CNN reported McCaskill not only met with Russian Ambassador Sergey Kislyak, but she attended a private dinner at his house in 2015.

CNN has learned, McCaskill spent an evening at a black-tie reception at the ambassador’s Washington residence in November 2015.

McCaskill was photographed at the event, honoring former Democratic Rep. James Symington, who hails from her state of Missouri and worked to promote US-Russia relations.

In an interview, McCaskill acknowledged attending the dinner, but she said she only did so because of her long-standing relationship with Symington, whom she said “kind of got me started in politics.”

She claimed the 140-character limit on Twitter did not let her clarify that she never met “one-on-one” with the Russian ambassador, and added she “did not” speak with Kislyak at the reception.

I guess this is full-on proof she’s a Russian agent. We need a special prosecutor to dig through all her finances ASAP.