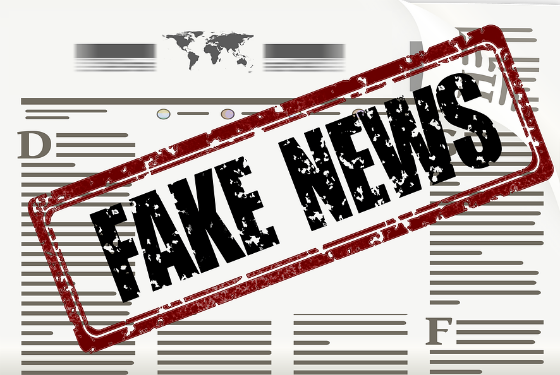 “U.S. Defense Secretary Jim Mattis said on Wednesday that the Syrian government of President Bashar al-Assad appeared so far to have heeded a warning this week from Washington not to carry out a chemical weapons attack.”

Phew. That was close.

Of course, it was the feckless and secretive Trump administration nurtured the story, having given birth to the latest dish of propaganda for mainstream media to spoon feed the somnambulant masses, and — despite the ongoing Fake News Battle Royale between the two petulant entities — the synergistic non-story played out like a flaccid tabloid cherry bomb to the wicked delight of anyone weary for the days when news was actually news.

Antics like these — baseless prognostication Syrian President Bashar al-Assad would gas his own people with deadly, noxious chemicals — have grown stale.

Make that moldy, actually, considering this despicably irresponsible, predicted-but-apparently-foiled-preemptively, chemical weapons attack seems to have spawned from an horrific incident at Khan Sheikhoun in April, in which the mainstream media glommed on to a (still [still!]) unproven (and, recently, destroyed) claim concocted by the White House that Assad (again, for literally no reason) abruptly unleashed a deadly chemical agent, killing scores of innocent Syrians — prompting President Trump to green light firing 59 retaliatory Tomahawk missiles as after-dinner entertainment against a dormant airbase inside the sovereign nation — killing scores of innocent Syrians in the process.

So, to imagine the apparently-clairvoyant Trump administration, whose penultimate agenda in Syria happens to comprise forcibly removing the elected president, might just entreaty a precarious situation to its strategic advantage — by, say, carrying out a chemical weapons attack against mostly terrorists but some civilians, and then remind the world you told everyone if any attacks happened anywhere in Syria, Assad did it — would not be much of a stretch.

Pre-blaming Assad responsible and reserving the right to attack Syria and ally, Russia, instantaneously in response thereafter might handily eviscerate the record for the most sanctimonious, presumptuous, hapless, indolent, imprudent exercises in terrible propaganda ever undertaken in the history of these once-United States.

Evidently, Damascus — having perused the bewilderingly inept American mainstream media circuit — must have glimpsed the headlines, gasped, and opted not to gas Syrians for no reason, whatsoever, after all.

If you bought into the blithely fear-tinged prediction, that’s your one and only strike, considering mainstream media has tacitly championed itself an eager, unabashed transmitter of dangerous — potentially cataclysmic — government propaganda.

In the vein of the aforementioned nonexistent ‘attacks,’ the relentless bullhorn of the corporate press skewered the Syrian president from the outset — aligning, to Washington’s undoubted amusement, with the longstanding regime change objective — in a collective body of reporting so bereft of journalistic due diligence as to be suitable for a daytime Emmy.

Esteemed, award-winning journalist Seymour Hersh revealed internal communications between an active duty U.S. soldier and a security adviser proving — assuming authenticity — Washington and the Pentagon knew full well there had been no attack ordered or carried out by Assad in early April.

Rather, Syria performed an airstrike announced ahead of time — including to the U.S. — on a depot housing weapons. Wind — not an actual chemical bomb from the sky — carried a chemical cloud away from the scene and into a populated area, tragically killing dozens and severely injuring hundreds more.

We knew this — the Trump administration knew this — but aggressively bombed Syria, anyway.

Within hours of Hersh’s damning revelations, corporate presstitutes augured Syrian civilians should brace for ‘another’ attack.

It would be worth noting Damascus and Moscow have also bored of phenomenally brash and unfounded claims from Washington and its lapdog media — to the point world war isn’t as much an open question.

Mainstream media isn’t just a dinosaur fumbling its way at a snail’s pace into the twenty-first century — mainstream media is a chimerical nightmare of bottomless corporate funding, government-approved alternative facts, and cheerleader of the American War Machine.

Believing otherwise is accepting the comfort of wool over your eyes to block the blinding light of Washington’s endless bombs.