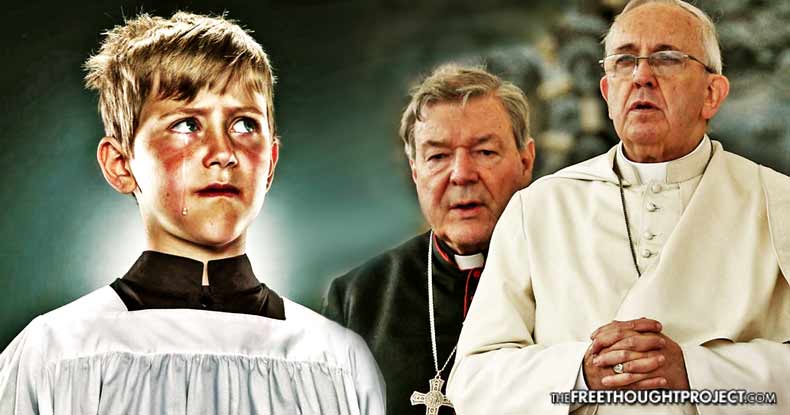 The Associated Press reported that he is set to appear in Melbourne Magistrates Court on July 18. While Australian police have yet to reveal the details of the charges, the label of “historical” sexual assault charges means that it could have been several years since the offenses were committed.

“It is important to note that none of the allegations that have been made against Cardinal Pell have, obviously, been tested in any court yet,” Victoria State Police Deputy Commissioner Shane Patton told reporters in Melbourne. “Cardinal Pell, like any other defendant, has a right to due process.”

This is not the first time Pell has been the subject of sexual abuse allegations. The claims date back to before Pell was a priest, with one man testifying that Pell molested him on several occasions at a campsite on Phillip Island in 1961, when he was 12 years old and Pell was a trainee priest.

After Pell was ordained in 1966, there were complaints of his conduct in 1978, when he was Episcopal Vicar for Education in the Ballarat diocese in Victoria.

Allegations include that while playing a game in a pool, Pell repeatedly touched the genitals of two young boys who were students at St. Alipius primary school. Pell was responsible for overseeing the school, which is now remembered as a notorious breeding ground for pedophiles in the 1970s.

Philip Nagle, a former student who is now in his 50s, told the Royal Commission into Institutional Responses to Child Abuse in 2015 that 12 of his 33 classmates had “committed suicide because of the sexual and physical abuse that took place at the school.”

Pell was then accused of behaving inappropriately around young boys again in 1986, when he was serving as seminary rector at Corpus Christi College. Les Tyack, a local businessman, claimed that he walked into one of the changing rooms at the Torquay Surf Club, and found Pell exposing himself to a group of boys, aged 8-10.

“I said, ‘Hi George’, and at that time he was toweling, had the towel going across his shoulders drying his back, but he was facing three young boys standing about three or four meters across from him,” Tyack said, noting that Pell stayed in that position for at least 10 minutes.

In July 2016, Pell was accused of sexually abusing two teenage choir boys in the backroom of St. Patrick’s Cathedral during his time as archbishop of Melbourne from 1996 to 2001.

In spite of decades of allegations from the myriad of victims, Pell continued to move up through the ranks of the Catholic church.

Naturally, Pell has consistently denied the claims, referring to any efforts to investigate them as part of a “scandalous smear campaign.”

That same rhetoric continued on Thursday, after a statement from the Catholic Archdiocese of Sydney claimed that Pell plans to return to Australia to confront the charges as soon as possible, and he “is looking forward to his day in court and will defend the charges vigorously.”

As The Free Thought Project reported, Pope Francis went from admitting that about 1 in 50 Roman Catholic priests are pedophiles and promising to find solutions in 2014, to quietly reducing sanctions against a handful of pedophile priests earlier this year.

Just one month before reducing the sanctions, Pope Francis addressed a letter to bishops around the world, which was released in January, calling for a “zero tolerance” policy for child abusers.

“Persons responsible for the protection of those children destroyed their dignity,” Pope Francis wrote. “We regret this deeply and we beg forgiveness. We join in the pain of the victims and weep for this sin… The Church also weeps bitterly over this sin of her sons and she asks forgiveness.”

Cardinal Pell’s history of sexual assault accusations, coupled with the fact that Pope Francis appointed him to serve as the most senior Catholic in Australia, raise new questions about the pope’s “zero tolerance” policy. If Pell is found guilty, he would become the highest-ranking Vatican official to be convicted of sexual assault.