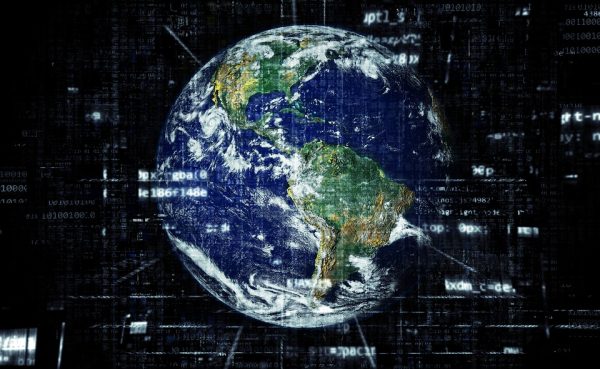 Have you ever wondered why Donald Trump is so deeply hated by the elite?  It isn’t because he is a Republican.  In fact, there are lots of Republicans out there that the elite absolutely love.  The truth is that the reason the elite have such deep animosity toward Trump is because he is fighting their globalist agenda.  When Trump talks about a border wall or a travel ban, the elite hate that because they ultimately want a world where national borders have been made meaningless.  And when Trump talks about tearing up trade agreements that really freaks them out because they have been working very hard to try to merge the economies of the planet into a single global economic system.  Worst of all for the globalists was when Trump pulled out of the Paris climate agreement.  For decades the elite have been using such international agreements to impose their values on the entire planet, and now the leader of the most powerful nation in the world is standing up to them.

Unfortunately, most of the members of Congress are still embracing the globalist agenda, and this puts them directly at odds with Trump.  So just because someone is a “Republican” does not mean that they care about American sovereignty.  Sadly, sometimes Republicans are actually some of the worst offenders when it comes to pushing globalist causes.

This is why we need a new political war against globalism.  It wasn’t enough just to get Trump into the White House, because the globalists in Congress seem determined to block most of the things that he is trying to do.  So we need to kick the globalists out and replace them with true patriots that truly want to restore our republic.

Most Americans don’t understand that these issues can have a really dramatic impact on their daily lives.  For example, the reason why someone in your extended family may not have a good job right now is because that job was shipped to China.

According to Politifact, more than one study has found that the United States lost more than 60,000 manufacturing facilities after China joined the WTO in 2001…

And another study found that the U.S. lots a whopping 2.4 million manufacturing jobs after China joined the WTO…

A  a 2014 report out of the left-leaning Economic Policy Institute found that the U.S. trade deficit with China has cost 2.4 million manufacturing jobs between 2001 and 2013. The report cites illegal Chinese policies that encourage exports and keep labor cheap, as well as a failure of the WTO agreement that endorsed China’s membership to prevent these sorts of actions.

Slowly but surely merging the United States into a global economic system has cost American workers dearly.  Today, American workers have to compete for jobs with workers on the other side of the planet that live in countries where it is legal to pay slave labor wages.  This is driving down wages and eroding the middle class.

The middle class dipped under 50 percent of the U.S. population for the first time ever in 2015, and if current trends continue the middle class will just continue to get smaller and smaller in the years ahead.

But the global elite are not concerned about the middle class.  They love shipping jobs overseas because it enables them to make bigger profits.

Our daily lives are affected by our lack of border security as well.  For decades, globalists in both major parties have been perfectly fine with neglecting border security because ultimately they want national borders to essentially become meaningless.  But this has allowed millions upon millions of people to enter our nation illegally, and communities all over America are suffering the consequences.

In other parts of the country, the federal government is forcing local communities to take refugees from the Middle East whether they want them or not.  Here in Idaho, a five-year-old girl was sexually assaulted by three Islamic refugees, but incidents such as this are not going to stop the globalists in Washington from forcing us to take even more.

And we aren’t even supposed to say “Islamic terror” anymore because the global elite are trying to foster “cooperation” between all of the major religions of the world.

If the global elite have their way, America will continue to be merged into a global economic system, a system of “global governance”, and a system of “global religious cooperation”.  International bodies such as the UN and international treaties such as the Paris climate agreement will be used to impose globalist values on literally the entire planet.

If we do not stop the globalists, American sovereignty could eventually be eroded away almost completely.  Yes, the “United States” may still technically exist, but all of the important decisions would potentially be made by a “North American Union” or a “global government”.

The European Union and the African Union are models for what the elite hope to do to the entire world.  Many Americans don’t even know that all 55 nations in Africa belong to the African Union.  And of course the elite eventually hope to unite all of the regions under a single international banner.

If we hope to defeat the globalists, now is the time.  We already have Donald Trump in the White House, and now we need to kick the globalists out of Congress and out of important positions in our government agencies.  We also need to withdraw from a whole host of international agreements that have already significantly eroded American sovereignty.

We will always want to maintain positive working relationships with other nations, but we do not ever want to merge into a single global system.

Our founders risked everything to break free from tyranny and to establish a free and independent republic, and we aren’t about to willingly hand this country over to the globalists now.