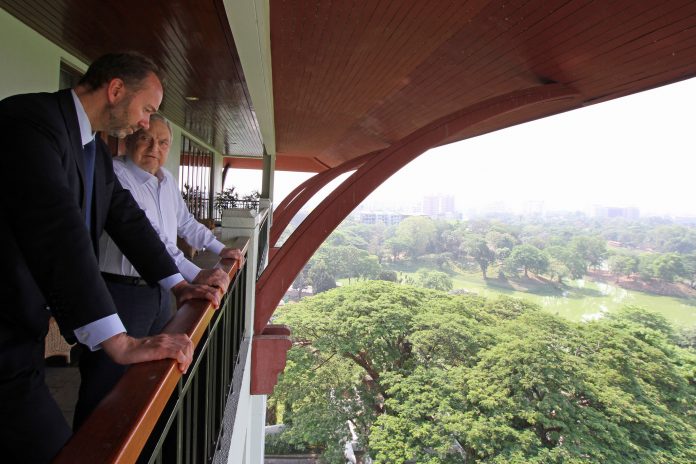 HOLLYWOOD, Calif. (INTELLIHUB) — Despite the fact that ANTIFA members were labeled “anarchist extremists” by the New Jersey Department of Homeland Security on June 12, the radical leftists continue to operate with impunity all across the United States.

ANTIFA members usually show up to rallies and marches sporting all black attire with red accents, like masks, dew rags, bandanas, wristbands, and shoelaces, somewhat similar to those worn the skinhead movement. On days of protest it’s not out of the ordinary to spot ANTIFA members either masking up or unmasking themselves in random inconspicuous  public areas.

Who is funding ANTIFA?

Billionaire leftist George Soros is the most likely candidate. We know this because back in April a California faction of ANTIFA demanded that they be paid the money which they were promised.

It appears that Beverly Hills Antifa may have been paying protesters “$15/hour” which raises the question: How much was the faction promised by Soros? Just enough to cover payroll, or far more?

And it appears that Soros may have ponied up because the faction still remains active to this day and even recently posted a video to Twitter offering ‘6 rioting tips for newbs’ which the ANTIFA promises will help ‘take their anarchy to the next level.’ Shockingly, the faction’s spokesman even recommends “doing a little shoplifting.”

The 6 tips offered by Beverly Hills Antifa are:

“Nothing says we mean business more, than by destroying an actual business,” a group spokesman explains in the video. “I recommend bringing hammers to the riot. They’re super dependable and they are also one of the tools that the workers will have to use to repair the damage that you’ve done.”