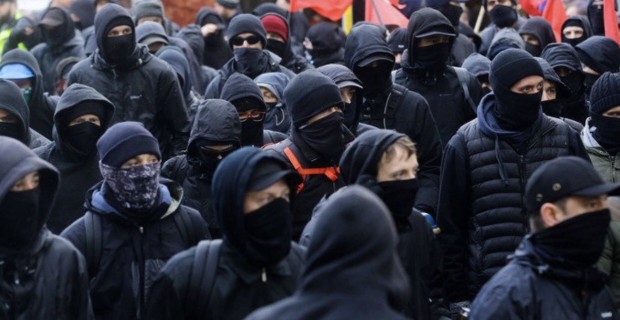 The Department of Homeland Security in New Jersey has officially listed Antifa as a domestic terrorist organization after a rash of violent attacks by the group targeting supporters of Donald Trump.

Under the heading ‘Anarchist Extremists: Antifa’, the njhomelandsecurity.gov website characterizes Antifa under the designation of “domestic terrorism”.

“In the past year, Antifa groups have become active across the United States, employing a variety of methods to disrupt demonstrations,” states the advisory, before going on to list a number of violent disruptions, including Milo Yiannopoulos’ speaking event at the University of California Berkeley on February 1st, which was cancelled after members of Antifa violently attacked free speech advocates.

The advisory also lists how Antifa has engaged in doxxing of individuals to expose them to abuse and violent harassment.

The designation is of course completely valid since Antifa fits the very definition of terrorism, which is “the unlawful use of violence and intimidation, especially against civilians, in the pursuit of political aims.”

The group has also staged numerous violent riots, including during the inauguration of Donald Trump, that have caused millions of dollars worth of property damage.

There have been innumerable violent attacks on Trump supporters by members of Antifa over the last six months, although the mainstream media has barely reported on them.

Back in May, Diablo Valley College professor Eric Clanton was arrested for a series of sickening assaults in which he used a metal bike lock to attack Trump supporters at a free speech rally in Berkeley.