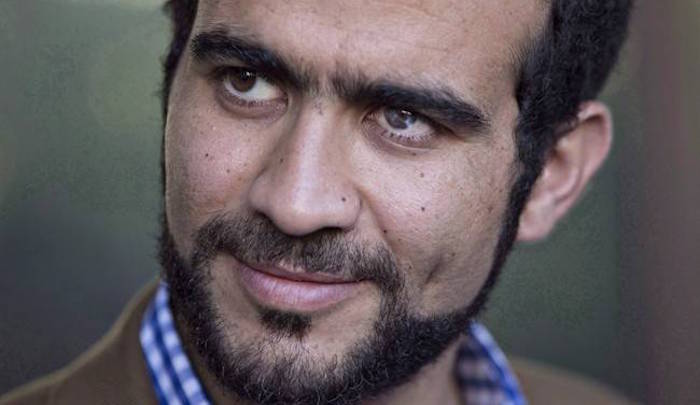 A Toronto-born Muslim is set to receive an apology from Canada’s justice and public safety ministers plus receive more than $10,000,000.00 after he pled guilty to five war crimes, including killing an American soldier.

Omar Khadr, 30, pleaded guilty to five war crimes before a military commission in 2010. The allegations against him occurred in 2002 in Afghanistan when he was just 15 years old.

Khadr decided to sue the federal government of Canada for $20 million for “breaching his rights.”

Of course, Amnesty International was thrilled over the settlement.

“For 15 years, Omar Khadr’s case has been a stark reminder of the many ways that an overreaching and unchecked approach to national security readily runs roughshod over universally protected human rights,” Alex Neve, secretary general of Amnesty in Canada, said in a statement. “In Afghanistan, at Guantanamo Bay and in Canadian prisons, Omar Khadr’s rights were consistently violated and ignored.”

The fact of the matter is that if justice was served, Khadr would be six feet under the ground and there would have been no need for Guantanamo Bay, but we play this little game as though we are being humane by putting men in cages and now it’s coming back to bite the Canadians.

In fact, Canadians were so upset by word of the settlement that the Canadian Taxpayers Federation posted an online petition directed at Trudeau.

“This is offensive to many Canadians,” the petition states. “Canadians should not be forced to pay millions of dollars to a killer.”

The Ottawa Citizen reports on the background of Khadr’s case:

Khadr’s lawsuit — initially launched in 2004 — argues Ottawa violated international law by not protecting its citizen. He was later allowed to claim that Canada conspired with the U.S. in abusing him.

In 2010, the Supreme Court of Canada ruled that Canadian intelligence officials had obtained evidence from Khadr under “oppressive circumstances,” such as sleep deprivation, during interrogations at Guantanamo Bay in 2003, and shared the evidence with U.S agents and prosecutors.

Khadr, who claimed the Americans tortured him, was long dubbed a child soldier by supporters. Instead, the previous Conservative government, under then-prime minister Stephen Harper, steadfastly branded him an unrepentant terrorist.

The Harper government “offered only inflammatory rhetoric in the media, in Parliament and in the courts,” Neve said.

Although the evidence was flimsy, he pleaded guilty in 2010 to charges that included Speer’s murder and was sentenced to a further eight years in custody. He later said he confessed to get out of Guantanamo.

Khadr is blind in one eye from injuries he sustained when he was captured. His other eye is also damaged.

The widow of Sgt. Speer, retired American Sgt. Layne Morris, was blinded by a grenade at the Afghan compound. She won a $132.2 million in damages against Khadr in Utah in 2015. However, Canadian experts said it was unlikely that judgment could be enforced. Well, if Canada is giving this guy more than $10,000,000, it should start that payout to Sgt. Morris and leave Khadr and Amnesty International to hold the bag for his attorney fees.

Conservative Party MP Tony Clement seems to agree with my idea and said, “most Canadians know this is absolutely wrong.” He urged Khadr to give the money to Morris and her children.

Either way, the fact that taxpayers are paying an Islamic jihadi that amount of money after he killed a US soldier is ridiculous.

With that said, Khadr claims to have rejected Islamic jihad and wanted a fresh start, but he is not willing to leave Islam. He says he wants to work as a nurse. Well, the first step in believing that a jihadi has left jihad behind is to see him leave Islam. Jihad and Islam are inseparable for the true believer.

Khadr cannot be believed and should not be believed, but this entire settlement is just what Canadians get for electing a man, Justin Trudeau, who worships with Muslims, brings in tens of thousands of unscreened Muslims into his country and uses taqiyya to cover for Islamists.

Don’t believe me? Check out this video where he was is asked about ‘radicalization’ and that ‘radicalization’ was in the context of an Islamic jihad attack that had occurred in his country, event though the reporter tried to throw Hindus in the mix in his question to Trudeau.

Trudeau is a man that has engaged in the worship of Allah, whom this writer believes to be none other than Satan. He has worn the traditional Islamic garb in that worship.

Mr. Trudeau either ignores or willfully covers for Islamic jihad, calling it “radicalization,” and links it to poverty, in a similar manner to Obama’s former State Dept. spokesperson Marie Harf, who claimed that those engaged in jihad with the Islamic State just needed jobs.

The reality is that Islamic jihad is the true face of Islam. It is not radicalization. It is true conversion to Islam. Walid Phares, who grew up in Lebanon, affirms this truth in his book Future Jihad, which the Bush administration chose to ignore for political expediency.

Trudeau knows better, or at least he should. However, like Barack Hussein Obama Soetoro Sobarkah, he is willing to put his own people at risk and use their money to settle with an enemy of the West when they should have brought justice upon him years ago and been done with it.