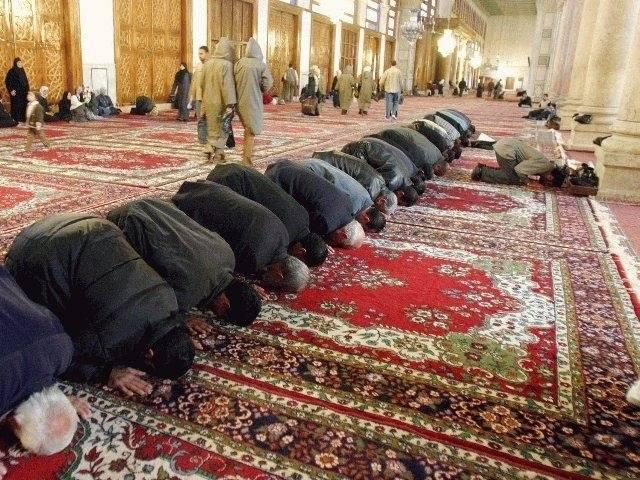 Prince William County Board of Supervisors voted “yes” to allow a special sewer to be built in the “Rural Crescent “ of Virginia, a small rural community where another mosque will be built on cheap agricultural land, with great possibility of future expansion.

According to Bob and Laura Parks, the All Dulles Area Muslim Society (ADAMS) bought a piece of land three years ago in a part of Virginia that is “zoned agricultural, development is limited to one home per 10 acres and connections to the public sewer line are generally prohibited” and “almost all homes and farms utilize septic systems for waste. Many people have been denied ‘special use’ permits in this area if their requirements failed the zoning rules.”

But the proposed mega-mosque wants special treatment to tap into the sewer system, while the surrounding residents were told to abide by the zoning rules.

After a nine-hour hearing that lasted until 3 a.m., the Board of Supervisors voted “yes” to the sewer exception. Corey Stewart, who ran for governor of Virginia on the Republican ticket on a platform of America first, voted “yes.” Building mosques in rural communities is not exactly America first. How many more worshippers will be added in the future to the 500 proposed ones today for the Nokesville mosque? What will be the impact on the sparsely populated land in the area?

This property is agricultural and, as one lady testified, people must eat first. If we keep taking land out of agricultural use and change zoning regulations in order to accommodate a special religion because we are afraid of expensive lawsuits from a group awash with money, we will find ourselves exactly where the globalists want us to be, dependent on a few huge farms who import our food from abroad because it is no longer produced here.

Accusations of Islamophobia, bigotry, and racism flew from Muslims and their liberal friends who testified in support of their expansion of the ADAMS mosque to Nokesville. Appealing to our Judeo-Christian faith and tolerance, and to “what would Jesus do,” one Muslim speaker said that Jesus would vote “yes” to allow the building of this mosque because Muslims are just like any other religion, they want to get along with their neighbors and live in peace. But it seems that Henrico County people may have a different story to tell:

The hearing and the public present was heavily loaded with mosque supporters and many of the anti-permit locals who showed up to speak did not get a chance to do so. According to Bob and Laura Parks, “The 1,000 or so Muslims and liberal allies who showed up at the hearing could have easily watched it on cable access television. They showed up in person to bully, intimidate, and it worked. At the end of the night (morning), the mosque will be built and allowed a sewage infrastructure no other resident could acquire because it was never about equal treatment; it was about special treatment.”

Jim Lafferty, had he been given the chance to speak, would have explained why the Virginia Anti-Shariah Task Force, which he leads, was opposed to a special caption permit for the ADAMS mosque.