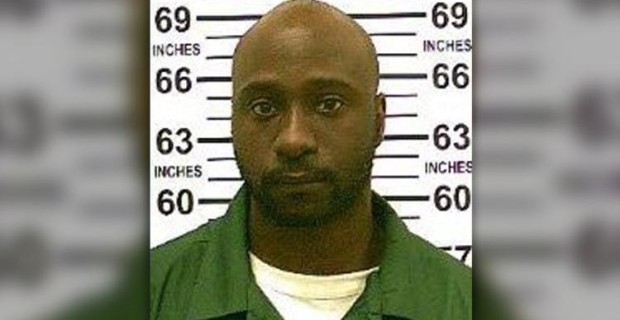 The culprit behind a shocking “unprovoked attack” on a female police officer had spouted anti-cop rhetoric in the past and urged people to vote for Hillary Clinton.

Authorities are trying to piece together a motive after NYPD officer and mother of three Miosotis Familia was brutally gunned down in cold blood by Alexander Bonds early Monday morning while she sat in a temporary headquarters vehicle at East 183rd Street and Morris Avenue in Fordham Heights.

Bonds was subsequently killed by two other officers called to the scene while Familia died in hospital.

“This is absolutely an unprovoked attack,” said NYPD Commissioner James P. O’Neill. Police say surveillance footage shows Bonds pulling up his hoodie before “purposefully” walking up to the vehicle and shooting through the passenger side.

Speculation as to why 34-year-old Bonds, who had previously served seven years in prison for a Syracuse robbery, gunned down Familia has begun to center on his political beliefs.

Bonds’ Facebook page reveals that days before the presidential election, he posted a video of a woman alleging that voting machines were switching Hillary Clinton votes to Donald Trump.

“Watch out also go vote our voices matter believe that if I could I kno u would,” he wrote.

On the same day he urged people to “get mad” about the election and vote. When asked who he was voting for, Bonds responded that he couldn’t vote (due to his felony conviction), but said people should vote for Hillary Clinton. 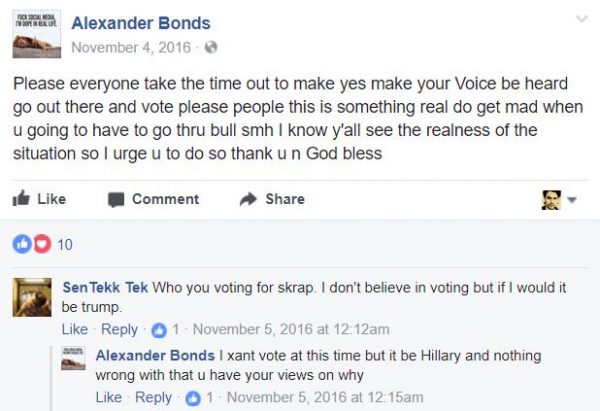 According to the New York Daily News, Bonds, “Spoke critically of law enforcement on an unspecified social media site.”

The video below features Bonds engaged in a foul-mouthed rant against the police.

There has been no word yet from prominent ‘Black Lives Matter’ personalities about the killing of Miosotis Familia.

Miosotis Familia, mother of 3, shot and killed in an "unprovoked attack".

The silence is deafening. pic.twitter.com/ryZ9yjITgu