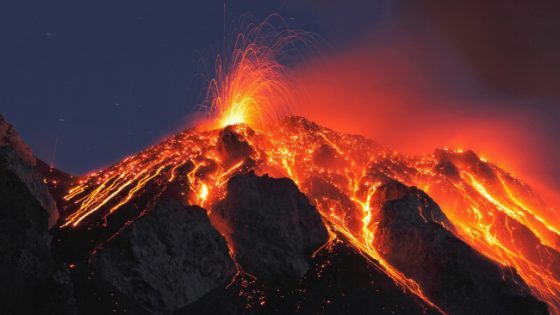 After being hit with the strongest earthquake in 20 years, Western Montanans woke Thursday to the trembles of a 5.8 magnitude quake. Although the damage is not severe, many geological experts are now raising concerns of Yellowstone’s dormant super volcano. In the wake of this earthquake, fears have increased that it could be waking up.

The U.S. Geological Survey reported, with Reuters adding that the tremor was felt hundreds of miles away, from Missoula to Billings and some surrounding states. A swarm of over 1100 earthquakes recorded in the Yellowstone caldera over the past month, in conjunction with this recent quake in Montana has prompted scientists to voice concerns about the so far dormant Yellowstone “Supervolcano.”

The quake’s epicenter was about 6 miles south of Lincoln, originating from a depth of nearly 3 miles underground, according to a preliminary report from the U.S. Geological Service. Subsequently, the USGS recorded seven more tremors in the same area within an hour of the initial quake, which ranged in magnitude from 4.9 to 3.8.

The earthquake was strong enough to knock items off walls and shelves and tremors were reportedly felt as far away as Calgary, Alberta, Canada.

The location of the earthquake is not surprising, according to Mike Stickney, a seismologist at the Earthquake Studies Office, Montana Bureau of Mines and Geology on the Montana Tech campus in Butte. “It’s right along the axis of the intermountain seismic belt,” said Stickney. He also said that this quake occurred on a strike/slip fault, a vertical fault where one side moves horizontally against the other, similar to the kind of movement experienced along the San Andreas Fault in California.

That said, he said he “does not believe” the quake is seismically tied to the recent “swarm” of smaller earthquakes in the Yellowstone National Park area. “I don’t see any direct relationship between these two sequences,” he said. “This is a pretty sizeable earthquake. It would certainly have the potential to do structural damage near the epicenter, but we’ve had no reports indicating damage yet.” Others, however, disagree.

While minor earthquakes are fairly common, Thursday’s moderate quake was the strongest felt in western Montana in two decades. The last one to exceed 5.0 magnitude was reported 12 years ago near Dillon, according to the USGS. Most of those incidents had epicenters farther south, many centering in the famously active Yellowstone National Park. In total, there have been more than 70 quakes measuring larger than 4.5 in Montana and parts of Wyoming and Idaho since 1925, according to the USGS. The largest quake in state history was magnitude 7.2 in 1959 near west Yellowstone.

None of the quakes have set off the dormant supervolcano in the Yellowstone caldera just yet but that doesn’t mean these aren’t chain reaction events leading up to a massive eruption. Yellowstone has a 600,000-year cycle and it has been 640,000 years since the supervolcano has had an active volcanic eruption. Some experts still claim, however, that Yellowstone has at least 1000 years before it’s next violent magma uprising, if not more.