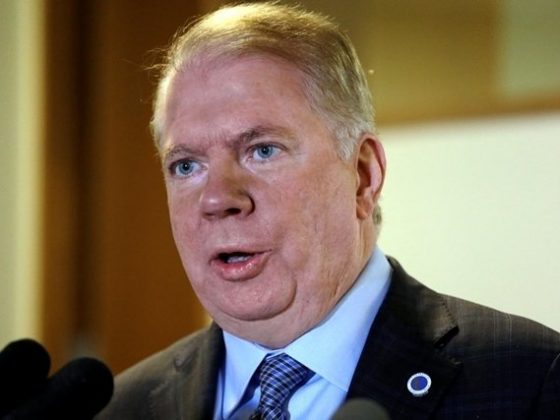 Seattle’s experiment in raising the minimum wage to help low-income workers was a disastrous failure. Many went from low income to no income after losing their jobs, and the prices in the city have risen so much to combat the law’s inflation that the remaining workers actually are taking home less income.

Anyone with a minute understanding of economics knew exactly what would happen. Government interference in the private market is always a disaster, but socialists insist on butting in and using force to “help” those they think are beneath them. All they end up doing is more harm. But that isn’t all. Seattle’s mayor, Ed Murray knew the law was making life worse for people in Seattle. He was caught red-handed colluding with UC Berkeley in an attempt to hide and lie about the economically disastrous new $15/hr minimum wage law.

The UW (University of Washington) shares with City Hall an early draft of its study showing the minimum wage law is hurting the workers it was meant to help; the mayor’s office shares the study with researchers known to be sympathetic toward minimum wage laws, asking for feedback; those researchers release a report that’s high on Seattle’s minimum wage law just a week before the negative report comes out. – Seattle Weekley

America Rising Squared, a right-leaning super PAC, filed a FOIA request for documents relating to possible collusion between Seattle Mayor Ed Murray’s office and Berkeley, after noticing the fishy timing of UC-Berkeley’s “report.” On June 20, 2017, the University of California-Berkeley’s Institute For Research And Labor Employment released a poorly conducted study claiming that Seattle’s minimum wage hike has increased pay for workers without eliminating jobs. The study claims that it “was prepared at the request of the Mayor of Seattle,” and was immediately criticized for having a partisan agenda and ignoring key facts. Forbes pointed out most of the major flaws in the falsified study which paid little attention to actual facts and data and was prepared specifically for the Mayor to make his policies look effective.

ASR continued their timeline of events, saying that on June 26, 2017, the University of Washington researchers released their study which found Seattle’s minimum wage increase has slashed workers’ hours, costing them on average $125 a month. The study is called “very credible,” by MIT economics professor David Autor and analysts from FiveThirtyEight and The Washington Post both acknowledge that these findings are bad news for those that support minimum wage increases.

Then, to make matters worse, on June 27, 2017, The Seattle Weekly’s Daniel Person published a piece titled, “The City Knew the Bad Minimum Wage Report Was Coming Out, So It Called Up Berkeley,” with quotes from Seattle Mayor Ed Murray’s spokesperson indicating that the Mayor’s office was aware that University of Washington’s report would not have favorable results for minimum wage increase advocates. Seattle is getting a lesson in weaponized data, according to the piece. Person’s reporting states that the Mayor’s office shared the University of Washington’s findings with UC-Berkeley researchers that were supportive of minimum wage hikes, in order to give UC-Berkeley a chance to craft their own report and invent positive results with regards to the mandated wage increase.

But thanks to information available to the public, Seattle’s mayor has egg all over his face. Ed Murray colluded with other lying socialists within the city to craft a study that says exactly what he needed it to say knowing his policies are abject failures in every aspect. This sounds oddly like climate change “scientists” who put together studies for the government in exchange for grants.

Fox News has obtained the emails which show without a doubt that Mayor Murray gave the Berkeley team a deadline for their report, noting it should be published one week before University of Washington’s analysis to preempt the study proving that the Seattle and those who rule it don’t know much about basic economics.

Studies done specifically for the government should be a red flag to anyone with functioning brain activity. Of course, researchers will make sure the “research” says what it needs to say, after all, they want to get paid. Doing a study which goes against the propaganda and government isn’t financially effective, but those are likely the most accurate studies.