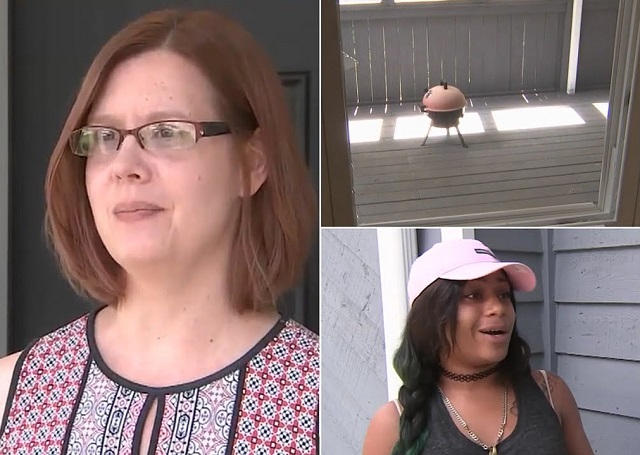 A Georgia woman found a family of strangers living in a home she was selling, but the city says she can’t kick them out.

Dena Everman couldn’t believe it and can’t believe the situation she is in.

After finding someone living in her home, and a broken window in the back, she assumed a quick call to the police would clear out the trespassers.

“I found out in the past week there is some archaic law that says if someone sets up residence in your home, it doesn’t matter how they get in there they have rights until we evict them,” Everman said.

Tamera Pritchett is living in the East Cobb home with her fiancé and two kids.

She says the family found it listed for rent on Craigslist, they signed a lease by fax, paid their rent via money order, never saw the ad poster and only learned there was a problem when Everman called the police.

This type of “Montana Freeman” style scam is being pulled by vagrants all over the country. Cities can easily pass laws to make it explicitly illegal, but many don’t want to as they see it as their voter base pulling one over on “the man.”