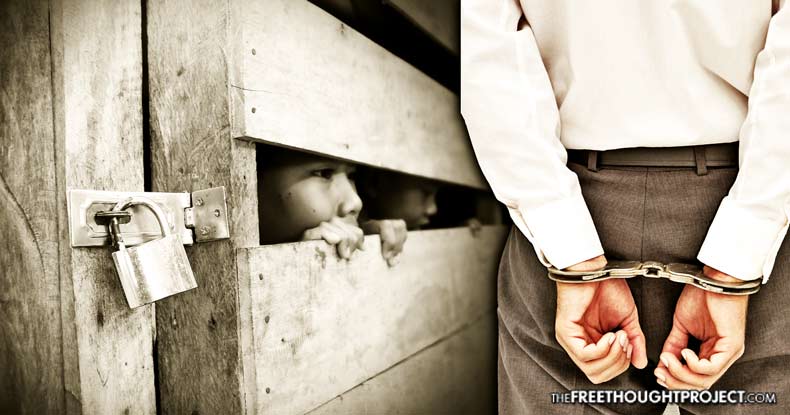 A web platform called “Elysium” was utilized by the pedophile network, which existed since the end of 2016 and was accessible only through the Darknet, a hidden part of the Internet uncatalogued by search engines. The site was used to facilitate the exchange of videos and images of children, as young as toddler age, being physically and sexually abused.

“Investigators said the site had been in operation since the end of 2016 and that it was accessible only via the darknet, a part of the World Wide Web that cannot be found using conventional search engines but requires the use of encrypting software.”

According to the authorities in Frankfurt, there were also recordings of “the most serious sexual abuse of children”, such as violence against children and abuse of “the youngest.”. The platform was also used to schedule appointments to exploit and abuse children.

Most of the suspects were arrested in the countries of Germany and Austria.

A German police spokesman said that Dutch authorities were also involved in the case:

“We are certainly expecting things that are important to the Netherlands, but at the moment it is not yet possible to indicate to what extent.”

Surprisingly, the network of nearly 90,000 individuals is not the largest bust in history, as another online Darknet pedophile platform called Playpen was dismantled earlier this year, and 58-year-old American Steven Chase sentenced to 30-years in federal prison. Chase was held responsible for the existence of Playpen, a child pornography network established in 2014, which had 150,000 active pedophiles on the site.

The Playpen case was extremely controversial, as the U.S. Department of Justice acknowledged in court filings that the FBI actually operated the site, themselves, from Feb. 20 to March 4, 2015.

According to a report in Wired:

It wasn’t for lack of evidence; it was because the FBI didn’t want to disclose details of a hacking tool to the defense as part of discovery. Evidence in United States v. Jay Michaud hinged at least in part on information federal investigators had gathered by exploiting a vulnerability in the Tor anonymity network.

“Because the government remains unwilling to disclose certain discovery related to the FBI’s deployment of a ‘Network Investigative Technique’ (‘NIT’) as part of its investigation into the Playpen child pornography site, the government has no choice but to seek dismissal of the indictment,” federal prosecutor Annette Hayes wrote in the court filing on Friday.

The federal prosecutor pointed out that the DoJ’s work to resist disclosing the NIT was part of “an effort to balance the many competing interests that are at play when sensitive law enforcement technology becomes the subject of a request for criminal discovery.”

To make a long story short, the feds decided to let an alleged child pornographer go to keep secret, and illegal, the methods they use to catch criminals on the dark web.

In regard to the “Elysium” network, public prosecutor’s office in Frankfurt said that the suspected operator of the site, a 39-year-old man from the central German state of Hesse, had already been arrested on June 12.

The suspected operator of the platform was arrested after his apartment was searched and the server seized, according to DW. Numerous other suspects have also been arrested, according to police officials.

German and Austrian police said they will hold a press conference on Friday to provide further details about the investigation.