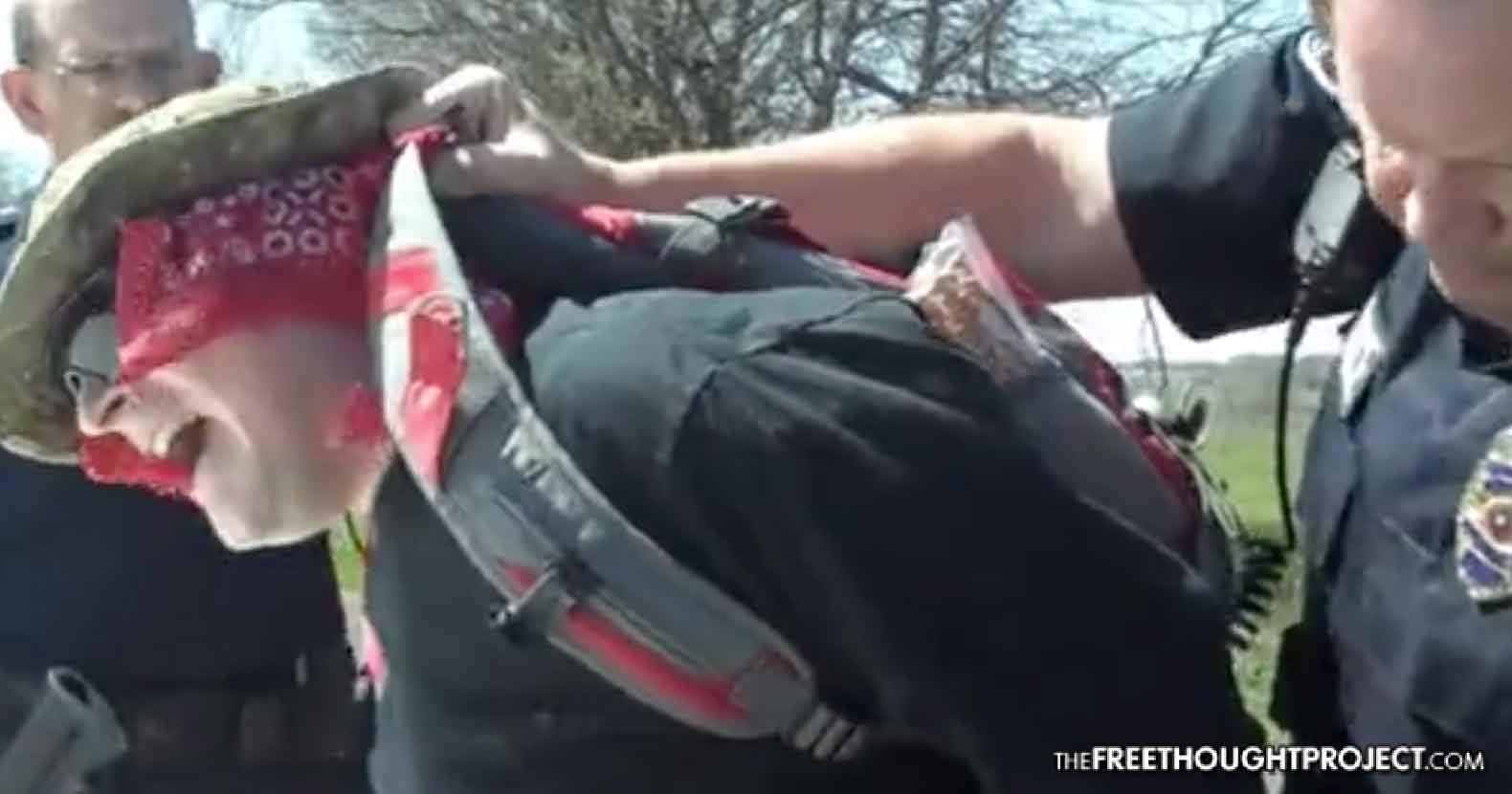 Temple, TX – After more than four years, and $175,000, an Iraq War veteran finally has his firearms back following a confrontation with police that went viral in 2013.

Temple police seized a Black Jack Firearms AR-15 and a Kimber Ultra Carry Pro II .45 caliber handgun from Army First Sergeant C.J. Grisham, after they apprehended him on the side of the road, while he and his 15-year-old son were hiking for an Eagle Scout project in March 2013.

The entire incident was caught on film, and instantly went viral, causing outrage over the violation of Grisham’s civil rights. In the video, a compliant—but objecting—Grisham can be seen arguing the legality of the stop, the manhandling treatment he receives and his subsequent arrest.

Grisham knew his rights under Texas law, after having successfully completed concealed carry weapons training and securing his concealed handgun license. He also knew the stop was illegal.

Officer Steve Ermis was the first officer to make contact with Grisham and his son. Instead of inquiring as to whether Grisham had a CHL for the weapons he was carrying, Ermis approached Grisham, reached out and grabbed the AR-15, and as soon as Grisham’s hand came near it, Ermis pulled out his own gun and pointed it at Grisham.

Even though he was legally open-carrying his long gun, and legally concealed carrying his handgun, Grisham was manhandled by police, and when he questioned the officers’ legal reason for detaining and disarming him, he was arrested.

Ermis first charged Grisham with the misdemeanor of “resisting arrest,” but later changed the charge to interfering with the duties of a peace officer. Ermis then claimed that confronted Grisham for walking on the wrong side of the road.

Not only was Grisham charged with criminal activity, but he was forced to defend himself in court against the charges. Even though the first trial ended with a hung jury, he was eventually convicted in the second trial of “interfering with the duties of a law enforcement officer,” a misdemeanor, but it wasn’t without a hefty price.

Grisham’s court costs, legal fees, and miscellaneous costs were paid for by SelfDefenseFund.com and totaled $175,000. Larry Keilberg fund’s national director told the Temple Daily Telegram, Grisham’s case was the result of an, “out of control legal system starting with a bully cop, manipulation of the charges to fit the defense case, followed by a very biased judge, Neel Richardson.”

The video suggested otherwise. The officers on the scene told Grisham he was grossly displaying his firearm, and that people were in fear. Ironically, the only dangerous actions taking place with Grisham’s firearms happened when Ermis disarmed Grisham. The officer slung the rifle wildly, even pointing it in several directions without first clearing the rifle and ensuring it was unloaded.

Grisham questioned the Temple police officers knowledge of the law, and they proudly replied that they were “exempt from the law” and that the citizens “don’t care what the law is.”

But it’s what happened to Grisham’s guns after his arrest that is making news today. His Black Jack Firearms AR-15 and Kimber Ultra Carry Pro II .45 caliber handgun were not promptly returned to him, even after the trial ended.

It took over four years for Temple police to return his weapons, even after he demanded them back in December 2013. At first, the police department claimed they didn’t have them. Then they said a court reporter had possession of them in a secured room, but still didn’t return them to him.

READ MORE:  In Under 5 Minutes, Video Shows the Massive Scale of US Police Stealing from Innocent People

Following the ordeal, Grisham became the face of Open Carry Texas in 2014. The gun rights organization push for the ability to open carry handguns in Texas, which became legal in January 2016.

On June 30, Temple police finally released Grisham’s weapons to him. The Temple Daily Telegram reported that Grisham’s first actions were to clean and test-fire both weapons to make sure that they still worked.

“I’m relieved that after 1,567 days, I finally have the guns back that were stolen from me by Temple Police Department on a back country road where I was minding my own business,”Grisham said.

Once again, local police have proven they apparently have more power than the U.S. Constitution. They can not only detain, and disarm someone, but they can make up charges, force a man and his family to go through lengthy and stressful court proceedings, and prevent him from protecting his family with legally obtained and possessed weapons. Oh yeah…and now he also has a criminal record.

Grisham sued in court but the case was dismissed. He could still appeal to the Texas Supreme Court, but he has not stated whether or not he will.