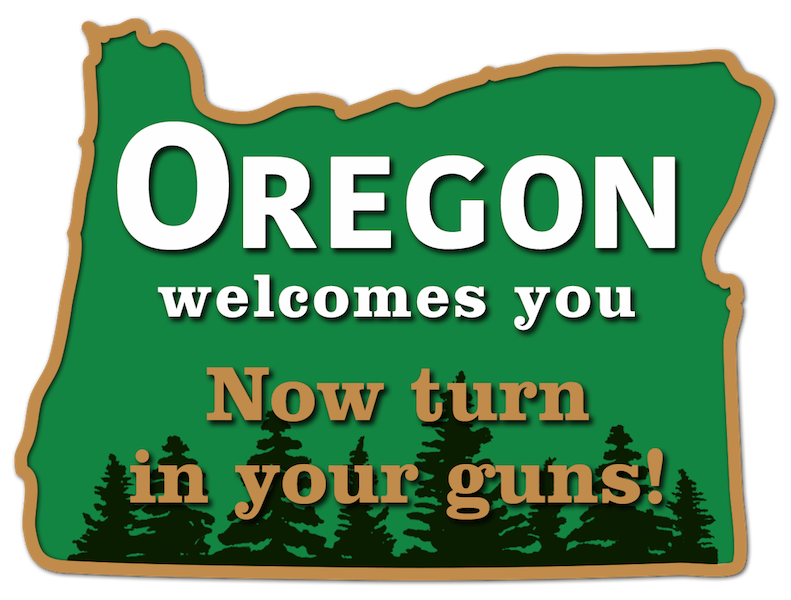 The state of Oregon is largely run by Communists and Communist sympathizers. In one of the latest bills, the state claims to give the right (unlawfully) to a judge to strip law abiding citizens of their arms and concealed handgun licenses based on the judge’s own determination without any criminal conviction.

According to SB719, which was co-sponsored by Senator Bian Boquist (R-Dallas), a judge can issue an ex parte ruling in order to confiscate a citizen’s guns.

The legislation, which has passed both the House and the Senate, now heads to the Governor Kate Brown’s desk for her signature.

The bill alleges to create “process for obtaining extreme risk protection order prohibiting person from possessing deadly weapon when court finds that person presents risk in near future, including imminent risk, of suicide or causing injury to another person.”

However, under the US Constitution, the rights of the people are not to be infringed under the Second Amendment. Additionally, the Fifth Amendment is to provide the following protections:

Where is due process in this matter if a single judge determines a person to be suicidal or a threat to someone else? It is simply arbitrary at the point.

Again, this is not to obtain evidence to be used in a criminal trial via a warrant. This is a court order to deprive individuals of their right to keep and bear arms without due process of law.

This requirement of surrendering weapons immediately without due process of law is nothing more than confiscation.

Yet, Senator Boquist has the audacity to claim, “Everyone wants to promote this as a gun bill. It’s not.”

It most certainly is Senator, and you know it. That’s why it mentions “deadly weapons” and “concealed handgun license.” If it looks like a duck and walks like a duck, it’s a duck, but in this case, it’s a gun confiscation bill.

The National Rifle Institute for Legislative Action opposed the legislation saying, “Based on a California law enacted in 2014, SB 719A would create a so-called ‘Extreme Risk Protection Order’ (ERPO) that could be obtained by a law enforcement officer, family member, or household member in an ex parte hearing to deprive someone of their Second Amendment rights without due process of the law.”

By allowing a law enforcement officer, family member, or household member to seek the ERPO, SB 719A would allow people who are not mental health professionals, who may be mistaken, and who may only have minimal contact with the respondent to file a petition with the court and testify on the respondent’s state of mind. This ex parte order, which strips the accused of their Second Amendment rights, would be issued by a judge based on the brief statement of the petitioner. The accused would not be afforded the chance to appear in court to defend themselves against the allegations when the ERPO is issued. These orders may be issued without any allegations of criminal behavior.

“In Oregon, people who pose a danger to themselves or others may be dealt with in a number of ways, depending on the circumstances,” the NRA-ILA wrote. “Under current law, every punitive measure which leads to a prohibition on firearm possession requires some type of judicial process, so people are not arbitrarily deprived of their liberty or their rights. SB 719A is unnecessary and goes far beyond existing law.”