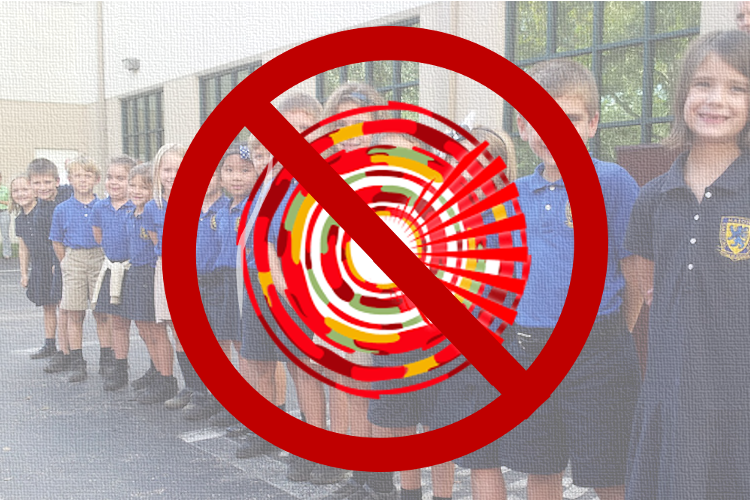 The federally mandated, nationally standardized education program Common Core has many parents and teachers concerned. For starters, it imposes rigorous testing onto students, forcing curriculums to be molded around exams, not necessarily around learning or the development of critical thinking. Additionally, Common Core is part of a system developed by corporations and aims to prepare children for the life of being an employee, not a change-maker.

The program is causing friction around the nation, and a slow-burn rebellion of sorts is underway. In 2015, 4th grader Sydney Smoot made national headlines when she eloquently ripped standardized testing at a school board meeting.

So what happens to a school and the students therein when Common Core is abandoned altogether?

Mason Classical Academy (MCA), a charter school in Naples, Florida has been applauded for its testing results in English Language Arts after the school ditched Common Core.

In a letter to parents of MCA, principal David Hull explained the dilemma facing the school and its students:

There is, however, a serious conundrum we face as a classical, public charter school: Not only are we to use our own curriculum and offer a different choice than the regular public schools, but we are also mandated to pass the state test. This begs some questions. Which is more critical, a solid education or passing state tests? Can we accomplish delivering both? Is it ethical to focus more on state standards than a rigorous curriculum influenced by one of the most prestigious colleges in the world, Hillsdale College? Are we able to accomplish our mission with state mandates and Common Core breathing down our necks? Do we have our students practice for state tests on computers because tests are now computer-based? Are our students at an automatic disadvantage because we choose paper and pencil over keyboards and mice? These are difficult questions to answer, and ones that will be revealed only by time. [Source]

To confront this issue head on, the school tried something of which many others should take notice. It developed its own educational standards based on proper discipline on the part of students, respectful dedication on the part of teachers, and a platform of virtues that have historically been prevalent in classical education.

Character traits such as respect, integrity, citizenship, and responsibility are not only explicitly taught during assemblies, but are embedded throughout classical literature, history, and fine arts instruction. Where are those standards mandated by the state? [Source]

Among this programmatic shift at MCA was a return to phonics based learning when teaching young children how to read. Common Core has been widely criticized for complicating the process by which children learn to read, confusing them by making them memorize whole words before learning how to read sounds and recognize syllables. In short, Common Core abandons phonics-based learning, and when MCA returned to this approach, the results were outstanding.

Thanks to the classical approach of phonics, an impressive 90 percent of the third-grade students at Mason Classical Academy were proficient in English Language Arts, compared to just 58 percent in the county overall, most of whom rely on Common Core. In fact, the MCA third-graders were in Florida’s top two percent, while fifth graders from the academy ranked in the state’s top one percent. [Source]

In today’s conformist culture it is no surprise that MCA has been attacked by others for their willingness to take control of their own standards, even though the results speak for themselves.

For those serious about exposing Common Core, its clear that as a conspiracy, the program appears to be designed to crush divergent thinking, offering an inroad into the minds of our children which is to be exploited by the interests of the State.

Common core children are not allowed to synthesize latent creativity, and they spend little time in nature. They also are not given an inspiring human mentor, as much as a by-the-book curriculum regurgitating ‘teacher’ who has also been dumbed down by the educational system. This person is more concerned, through their own educational brainwashing, to apply the latest psychological theories, without truly teaching a child to be on fire for learning.

Intelligence agencies also infiltrate the educational system in order to train and recruit future elite personnel. People are chosen based on their ability to follow orders, not diverge from the transhumanist agenda. Common core is a massive take-over of the educational system, similar to the takeover of the agricultural system, our water, our banking system, etc. In short, it benefits the military industrial complexand a handful of corporations, not your children’s budding intellectual genius. [Source]

How long will it be before other schools in America see the light and follow MCA in ditching Common Core?

This article (School Ditches Common Core then Soars to #1 in English Language Arts) was originally created and published by Waking Times and is published here under a Creative Commons license with attribution to Alex Pietrowski and WakingTimes.com. It may be re-posted freely with proper attribution, author bio, and this copyright statement.