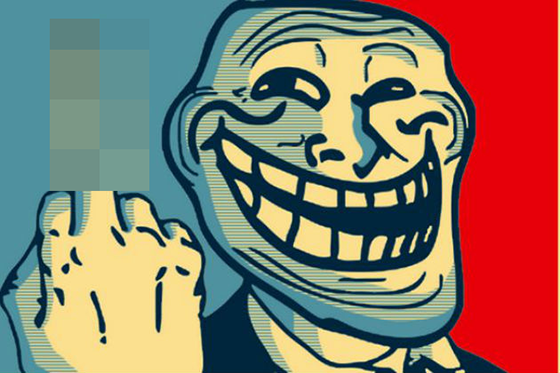 Sport to some, digital bullying to others — whether you abide online trolling or find the inflammatory, sometimes cruel, practice repulsive — the Internet’s myriad disparate troll armies are apparently here to stay.

Seeding malcontent, disputation, division, needless provocation, and, often, chaos, trolls merit their characterization by the hordes as the bane of the Internet.

But, upon examining the psychology of these ruthless keyboard provocateurs, their likely detriment to civil discourse — already evinced in the mimicry of youth — sounds a warning not to be ignored.

Trolls, researchers found, possess a worrisome psychologic profile, laced with psychopathy and sadism, as well as a dearth in empathy — all of which they employ in online manipulation to sow mayhem, an ultimate reward for their mischief.

Researchers at Federation University in Australia queried 415 participants, approximately two-thirds of them female, with a median age of 23, to determine their levels of psychopathy, sadism, and empathy — such as gauging trolls’ agreement with the statement, “People would enjoy hurting others if they gave it a go.”

Of the study, CBS News reports,

“In terms of empathy, the researchers looked at a number of different forms that trait can take. For instance, cognitive empathy is the capacity to recognize and properly identify another person’s emotions. Affective empathy goes farther, referring to the ability to experience, internalize and respond to those observed emotions. Global empathy refers to the reaction one has when directly observing another’s life experience.

“The researchers found that trolls tend to show higher levels of trait psychopathy and sadism, as well as lower levels of affective empathy, according to the study published in the journal Personality and Individual Differences.

“Interestingly, trolls scored higher than average for cognitive empathy, meaning they are aware of other people’s emotions. But the researchers suggested, trolls’ higher levels of psychopathy traits appear to override these tendencies.”

Populating seemingly every musty corner of the Internet, trolls’ antics can contaminate, animate, and decimate even the most productive of debates — most often pertaining to politics — leaving some emotions tattered at the disarray, while still others steel themselves to the vacuous thrill-seeking, a common trait of psychopaths.

Considering trolls’ heightened cognitive empathy — keen perception of others’ emotions — and deftness via keyboard, manipulation, for its own sake, appears to be the goal.

Researchers explained trolls “appear to be master manipulators of both cyber-settings and their victims’ emotions.”

Despite their barbs, jabs, and spewing of contentious … well … anything, trolls aren’t typically considered of the same ilk as cyberbullies, at least among academics, notes CBS News.

Apart from trolls, whose exploits aren’t as personal as other interactions, bad behavior online can have extraordinary consequences — a spate of suicides among teens across North America purportedly stemmed from disputes amplified by peers on social media.

Assisting in the seismic shakedown were entire troll armies — like the apparently impotent platoon of Hillary Clinton, paid professional petulants on whom the failed campaign spent around $1 million, or that rumored of Russian President Vladimir Putin.

For merriment, the researchers surmised, trolls haunted political forums provoking commenters to lash out in displays of anger and frustration — reactions validating the effort.

In actuality, the chaos has penetrated so deeply into the public political mindset as to make cooperation and unity of focus — much less, tolerance of difference — an impossible obstacle in opposition to greater issues, such as top-heavy State power.

Whether you regard them as harmless miscreants or criminal abusers, the influence wielded through instilling tumult as aptly describes beloved behavior of trolls as it does politicians — who, incidentally, share the trait.