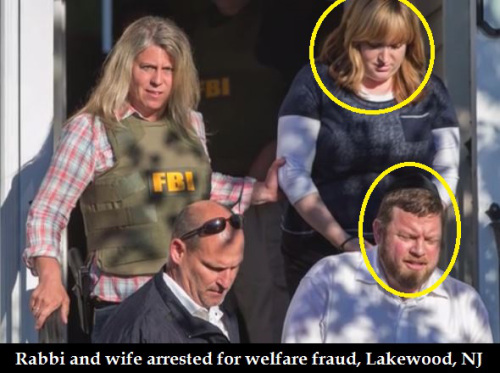 President Trump’s proposed budget blueprint for 2018 was met with harsh criticism over funding cuts to programs like SNAP, more commonly known as food stamps. Office of Management and Budget Director Mick Mulvaney said one of the Trump administration’s objectives is to wean Americans off of welfare programs:

“We’re no longer going to measure compassion by the amount of money we spend, but by the number of people we help. If you’re in this country and you want to work … We’re going to get 3% growth and we’re going to give you the opportunity to work.”

Do the carping critics of Trump’s proposed cuts know about rampant welfare fraud, such as these latest, very egregious examples?

In a series of reports in June and July 2017 for Fox Business (here and here), Brittany De Lea tells of stings conducted by New Jersey law enforcement which resulted in the arrest of millionaires, including a rabbi, for defrauding millions of dollars from government welfare programs — Medicaid, food stamps (SNAP), Social Security, and public housing.

The defendants have all been charged with theft by deception, misrepresenting their incomes to show levels low enough in order to qualify for public assistance programs. In New Jersey, the maximum allowable gross monthly income for a family of five to be eligible for SNAP assistance is $4,385—which amounts to about $52,600 per year.

For unstated reasons, De Lea did not give the names of the accused fraudsters. Those arrested include:

It was only when I searched the Internet for more information on these arrests did I discover this — Lakewood, NJ, is a majority Orthodox Jewish municipality of 100,000, and the welfare fraudsters arrested are all Jews, including the rabbi and his wife.

As reported by Jen Krausz for NewsMax, July 4, 2017, the arrests sparked a “backlash — hateful social media comments, fliers, and slurs painted on a sheet covering a Holocaust memorial,” which prompted this statement from regional Anti-Defamation League Director Joshua Cohen:

“The allegations and the charges levied against (the defendants) have nothing to do with their religion. That’s why we’re deeply concerned when we see comments online, whether it’s on newspaper websites or social media, that are anti-Semitic.”