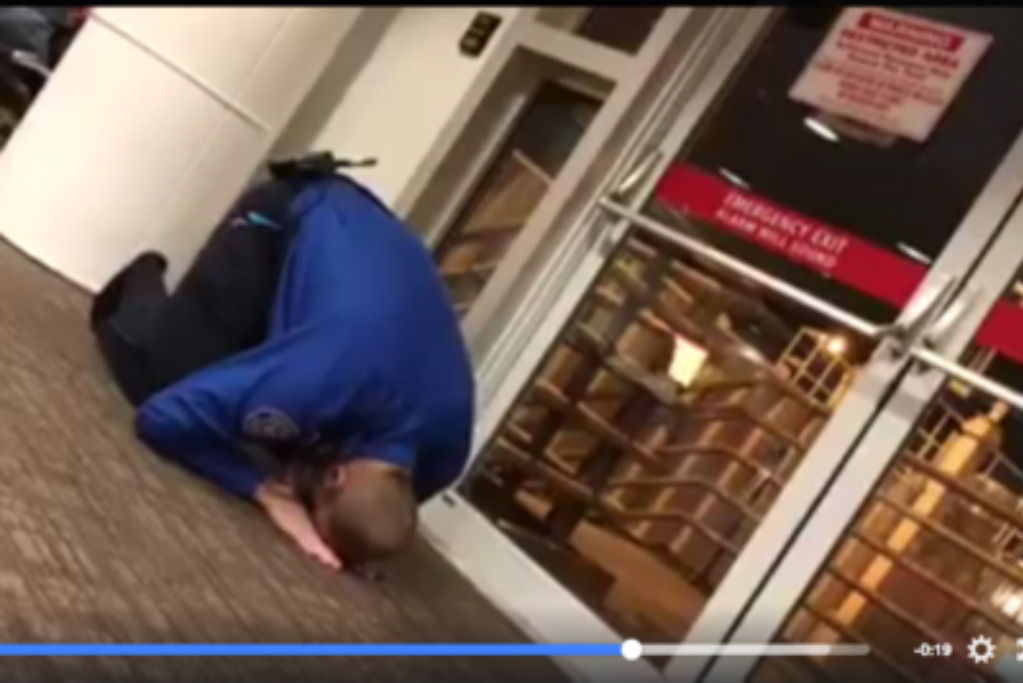 Are you feeling safe yet, America? A video was captured just outside the Seattle Airport in Washington state where a TSA agent was out in the open, bowing down and praying to Allah.

The short video was posted by Vidmax2 on Facebook and has been shared more than 20,000 times since it’s posting on May 28.

I’m honestly wondering where all these liberal fanatics are who whine and complain when Christians simply want to express the moral law of God (The Ten Commandments), which our country was founded upon, but we don’t hear a peep when a federal employee does this out in the open in uniform.

This man holds to the very teachings of Islam’s founder Muhammad. You do remember those teachings influenced the 9-11 hijackers, right? You do know that teaching has a 1400-year track record of violence, slavery and depravity, right?

The TSA does not more to keep America safe than the garbage man does. Remember when tens of thousands of illegal aliens poured over the southern border in 2014? The TSA allowed many of them to fly on commercial airliners without a verifiable ID. Do you think you could do that as an American citizen? I think not.

Consider that these people are a part of the problem. They engage daily in hundreds of thousands of incidents where they are openly violating the Fourth Amendment of the US Constitution.

Furthermore, in 2015, 73 airport employees were found to be on the terror watchlist, something that is questionable at best, but still they were listed.

Among other things that cause concern is the fact that they have a 95% failure rate, engage in theft and smuggle drugs. One TSA agent stole upwards of $200,000 and revealed the secrets of thefts at airports.

These people will not even allow you to fly if you wear a shirt with a free speech slogan stating that you are anti-TSA.

So, I ask my fellow Americans, are you ok with just the “feeling” of trading your liberty for security, or do you really want real security? If so, the TSA is not the way to go. It’s the road to tyranny we’re paving. Even the Muslims are not really affected as much as the ordinary American citizen is every time we fly.

This video demonstrates that the central government is putting the fox in the hen house. And no, Islam should not be protected under the First Amendment, which was clearly written with the understanding of the religion of Christianity.

If we want to deal with the crimes of the TSA, then we must bring justice upon them… every. single. one. of. them.