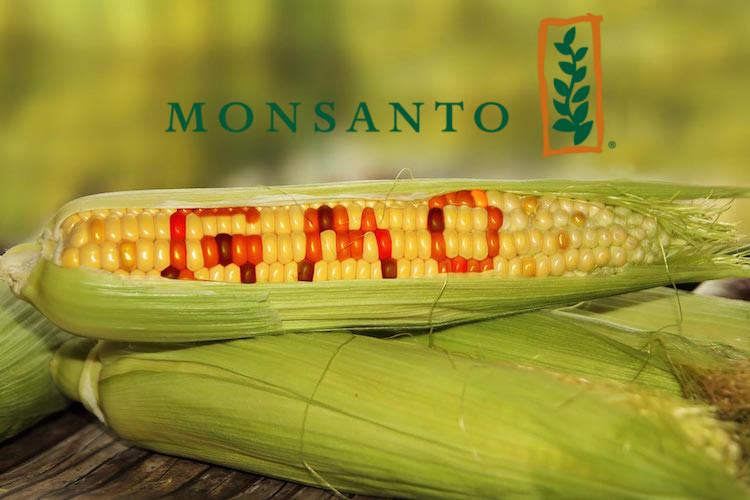 Forget spraying pesticides on your food, now they’ll be genetically engineered to be in your food, thanks to Monsanto’s latest quiet approval via the US Environmental Protection Agency.

The EPA just told Monsanto they could go ahead and bypass spraying our crops with carcinogenic chemicals like RoundUp and just go ahead and breed them right into the crops themselves. Using a process called RNA interference, Monsanto’s RNAi plant will supposedly kill pesky rootworms when they come along to chomp on them- but what else will these genetically modified crops do to beneficial bugs, the soil, and human health? The EPA has no idea, because they haven’t done a single trial on RNAi-altered crops.

Nonetheless, the EPA quietly gave Monsanto a Get-Out-of-Jail-Free card by allowing them to move forward with their genetically modified corn strain. Some are calling this a genetic weapon, in its infancy. Others are concerned that RNAi will have ramifications for the biosphere that – just like all of Monsanto’s other products – don’t come to light for years to come.

For instance, the National Honey Bee Advisory Board said in comments submitted to the E.P.A. before a “meeting” in which this controversial genetic technology was to be reviewed,

To attempt to use this technology at this current stage of understanding would be more naïve than our use of DDT in the 1950s.

While the corn rootworm is one of the most expensive pests in agriculture it is having a hey day because corn – the genetically modified kind – is the number one crop in the U.S.

GM corn has taken over thousands of other possible crops we could be growing, in field after field of mono-cropped, industrial agriculturally influenced support of the Standard American Diet – up to 70 percent of which contain corn products (high fructose corn syrup, corn solids, etc.)

We also heavily subsidize genetically modified corn to be used not as food, but as a gasoline additive. Ethanol accounts for a few thousand acres of those GM corn crops we’re growing, too.

Another big problem with Monsanto getting a green light on this crop is that RNAi is a form of gene silencing. What is true for petunias isn’t necessarily true for people. If we were to silence the gene that makes a pigment in a flower so it can attract bees, for example, this could end up in our own bodies, silencing our own genetic make-up in ways we don’t expect.

Regalado, one researcher who helped discover RNAi describes it this way,

The cells of plants and animals carry their instructions in the form of DNA. To make a protein, the sequence of genetic letters in each gene gets copied into matching strands of RNA, which then float out of the nucleus to guide the protein-making machinery of the cell. RNA interference, or gene silencing, is a way to destroy specific RNA messages so that a particular protein is not made.

Might not an alteration to the foods we eat, also have the possibility of affecting our own DNA? We know now that proteins are even more important than some scientists previously assumed for signaling certain instructions for genes to carry out their intended purpose.

If Big Ag Giants Monsanto, and Dow (cooperating to make this RNAi corn a reality) continue in their successful attempts to get DvSnf7 corn (to be called SmartStax Pro) into our food supply, we have no idea what mayhem might ensue.

This article (GMO’s Just Got a Lot More Frightening with Approval of New Monsanto Product) was originally created and published by Waking Times and is published here under a Creative Commons license with attribution to Christina Sarich and WakingTimes.com. It may be re-posted freely with proper attribution and author bio.