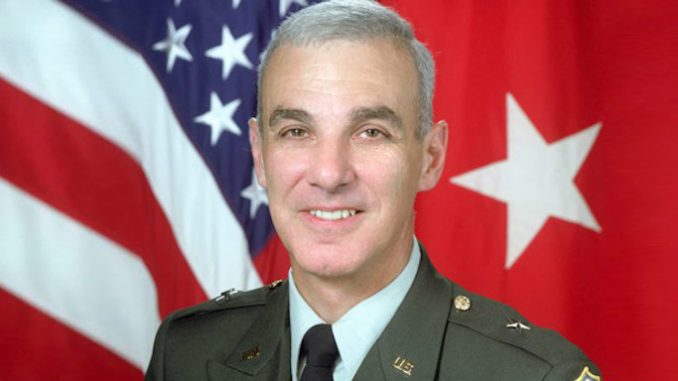 It is said that pedophiles include “pillars of the community” — government officials, judges, police, lawyers, doctors, teachers, priests, ministers and rabbis.

While some find that hard to believe, here are three recent cases proving the claim to be true.

Grazioplene, of Gainesville, Virginia, entered the Army in March 1972 as an armor officer. He was director of force development in the Pentagon’s Joint Warfighting Capabilities Assessment, before retiring in January 2005. As a retiree, Grazioplene is still subject to the Uniform Code of Military Justice.

The military offered no other details on the case, nor did they say why Grazioplene is only charged now, decades after the alleged rapes.

The criminal investigation remains open. If convicted, Grazioplene faces life imprisonment and the loss of his pension.

According to the Daily Mail, Grazioplene had also worked for Mission: Readiness, an organization of retired admirals and generals working with school children, and as VP of military contractor and notorious child sex-trafficker DynCorp International.

“DynCorp has routinely been connected to human trafficking activities, and more specifically child sex trafficking, in countries throughout the globe. Multiple instances of child and drug trafficking, and even the direct sale of child pornography in Bosnia and Colombia during the 1990s, earned them a reputation which led to a federal investigation from 2004 to 2005. They would also be directly responsible for the loss of at least $2 trillion USD in Department of Defense funds.

Despite active federal investigations into DynCorp and successful lawsuits against them no employee has ever been prosecuted in criminal court.”

When she was Secretary of State, Hillary Clinton hushed up DynCorp’s hiring of a 15-year-old bacha bazi boy prostitute to perform lap dances at a DynCorp party in Afghanistan.

Keenan had pleaded guilty to 8 counts of rape, 4 counts of attempted rape and 8 counts of gross sexual imposition, all involving the same child. A rape conviction carries a sentence of life in prison, but prosecutors agreed to a plea agreement of life in prison with parole eligibility after 10 years.

The (Youngstown) Vindicator reports that Keenan’s wife, Diana, heard about the sex assaults from the child. She then confronted her husband, who admitted, “I did it.”

Keenan also admitted his assaults in “group discussions” while he was in the ValleyCare Trumbull Memorial Hospital psychiatric ward, but blamed the victim for initiating the acts and called the girl a “willing participant.”

According to the UK Independent, Keenan had also worked for the Hubbard city council in the 1990s and was a probation officer. In 2010, he told The Vindicator that he had “dedicated [his] life to Jesus”.

Radar Online reports, July 12, 2017, that Toby Willis, 47, the dad of TLC cable TV’s The Willis Family reality show, has been sentenced to two 25-year sentences and two 40-year sentences, after pleading guilty to four counts of child rape, including victim(s) as young as three. His sentences will run concurrently.

Willis, a father of 12, has been under investigation since 2016, when the Tennessee Bureau of Investigation suspected his involvement in the abuse of a young girl. Upon further investigation, three other sexual abuse cases were discovered. His victims were between ages 3 and 13 at the time of abuse.

A frightened Willis fled his home, yet was captured later that year in Kentucky, where he had hitchhiked in an attempt to escape the law. Willis’ TLC reality family show was cancelled in 2016, weeks before his arrest.

Is it just me, or have there been more arrests of pedophiles, both small fishes and high-profile like the ones in this post, since Donald John Trump was inaugurated President?

Keep President Trump in your prayers!