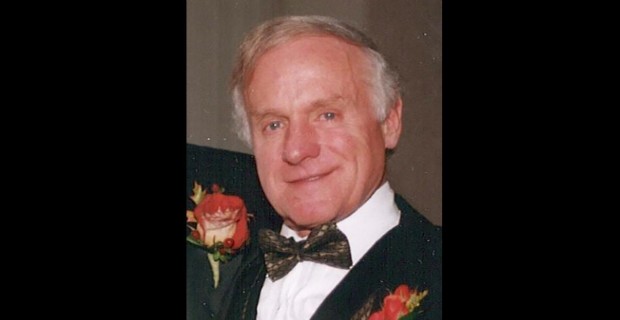 Peter Smith concluded there was no Russian interference in the election

As the Chicago Tribune reveals, Smith killed himself in a Minnesota hotel room just days after talking to the Wall Street Journal about his efforts, leaving a suicide note that read “NO FOUL PLAY WHATSOEVER” explaining that he was taking his own life because of a “RECENT BAD TURN IN HEALTH SINCE JANUARY, 2017” and timing related “TO LIFE INSURANCE OF $5 MILLION EXPIRING.”

Smith’s death was initially reported by the WSJ to have been by natural causes, but the Chicago Tribune later obtained a state death record that confirmed Smith committed suicide on May 14th and that he “was found with a bag over his head with a source of helium attached”.

Rep. Ted Lieu is doubtful of the explanation, claiming that the note is too emphatic in stressing that the death was a suicide.

“You don’t need to be a prosecutor to know that someone writing NO FOUL PLAY WHATSOEVER in connection with a death seems awfully suspicious,” Lieu tweeted Thursday night.

You don't need to be a prosecutor to know that someone writing NO FOUL PLAY WHATSOEVER in connection with a death seems awfully suspicious.

Senior WSJ writer Shane Harris also tweeted that there were no signs Smith was about to commit suicide.

“When I spoke to Peter Smith I had no indication that he was ill or planning to take his own life,” remarked Harris.

When I spoke to Peter Smith I had no indication that he was ill or planning to take his own life.

One of Smith’s former employees also said that he was getting treated for his heart condition at the Mayo Clinic, which suggests he was hopeful of recovering.

“It’s easy to understand why the death-by-suicide theory is not easily bought. Smith had a long history of exposing damaging information on leading candidates from the opposition. There was a time when he was tasked with digging up dirt on former President Bill Clinton,” reports the International Business Times.

However, the Daily Caller’s Peter Hasson pours cold water on the notion that Smith was murdered, remarking, “There is no public evidence to support that claim.”

Before his death, Smith claimed that he considered former Trump advisor Gen. Michael Flynn to be an ally. Independent of the Trump campaign, the Republican donor assembled a team in an effort to acquire thousands of Hillary’s deleted emails, believing that they related to official business and not private affairs as Clinton claimed.

Smith and his team told the WSJ that they found five teams of hackers, two of them Russian, that they believed had access to the stolen emails. Smith spent his last day in the hotel’s computer center printing documents, according to police reports.

In a blog post written the day before he was found dead, Smith asserted that Russia did not interfere in the 2016 presidential election, suggesting that whatever he learned from pursuing Hillary’s missing emails, it didn’t suggest a deliberate attempt by the Russian government to meddle in or “hack” the election.