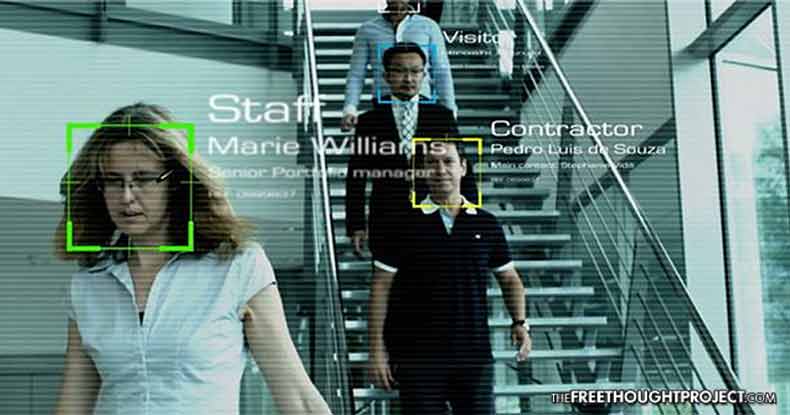 The Department of Homeland Security is implementing a new plan that will give Americans even less privacy while traveling abroad. Under the new system, Americans leaving the country will be forced to pass through biometric scanners that will scan individual faces.

While this program has not yet been fully implemented, there are already at least six airports that are currently running the program, and some of them have been using it for several months. The airports where you can currently expect to get scanned are in Boston, Chicago, Houston, Atlanta, New York City and Washington, D.C. However, the Department of Homeland Security has been very clear that they hope to roll this program out nationwide by January 2018.

Alvaro Bedoya, executive director of the Center on Privacy and Technology at Georgetown University, said that this program was initially only targeted at people entering the country, not leaving. However, DHS allegedly decided to broaden the scope of the program and target even more people, including Americans leaving the country.

“Congress authorized scans of foreign nationals. DHS heard that and decided to scan everyone,” Bedoya said. “That’s not how a democracy is supposed to work.”

DHS is using a 2004 biometric-tracking law to justify this new program, but experts say that the original law was never intended to target Americans.

Harrison Rudolph, a Georgetown legal fellow, told Ars that, “Americans expect when they fly overseas that their luggage is going to be looked into. What they don’t expect is their face is going to be scanned. This is an expansion of a program that was never authorized for US citizens.”

Regardless of how legal they actually are, these scans are taking place anyway, and they have been happening for several months, at the very least.

One of the first public reports of the scans came back in February when economist Jeffrey Tucker was leaving the country to travel to a conference for a lecture. When he attempted to leave the airport in Atlanta, he was shocked to find US Marshalls demanding that he submit to a biometric face scan.

Writing on his website after the flight, Tucker described his experience:

“We had already been through boarding pass checks, passport checks, scanners, and pat downs. At the gate, each passenger had already had their tickets scanned and we were all walking on the jet bridge to board. It’s at this point that most people assume that it is all done: Finally, we can enjoy some sense of normalcy.

This time was different. Halfway down the jetbridge, there was a new layer of security. Two US Marshals, heavily armed and dressed in dystopian-style black regalia, stood next to an upright machine with a glowing green eye. Every passenger, one by one, was told to step on a mat and look into the green scanner. It was scanning our eyes and matching that scan with the passport, which was also scanned (yet again).”

Tucker went on to say that he felt like a prisoner in his own country and that many of his fellow passengers felt the same.

In May, John Wagner and Michael Dougherty with the Customs and Border Protection made a statement to a House subcommittee about the program’s test run in Atlanta, and defended the program against its critics.

“US Citizens are not exempted from this process for two reasons: first, it is not feasible to require airlines to have two separate boarding processes for US citizens and non-US citizens, and second, to ensure US citizen travelers are the true bearer of the passport they are presenting for travel. If the photograph captured at boarding is matched to a US citizen passport, the photograph is discarded after a short period of time.

In essence, for US citizens the document check has been transformed from a manual process by airline personnel or CBP officers into an automated process using a machine. It is important to note that CBP is committed to privacy and has engaged our privacy office at every step in the process to add biometrics to the departure process from the United States,” The statement read.

However, privacy experts and advocates are not convinced by this argument. Alvaro Bedoya, another law professor at Georgetown, pointed out that “When you [land at] the airport, you are directed into two lines; there’s a line for US citizens and green-card holders, and there’s everyone else. We’ve determined that it’s OK to treat Americans differently on entry, why is it not OK to treat them differently on exit?”

By the end of this year, it is expected that this program will be operational in airports across the United States.

John Vibes is an author and researcher who organizes a number of large events including the Free Your Mind Conference. He also has a publishing company where he offers a censorship free platform for both fiction and non-fiction writers. You can contact him and stay connected to his work at his Facebook page.John is currently battling cancer, and will be working to help others through his experience, if you wish to contribute to his treatments consider subscribing to his podcast to support .