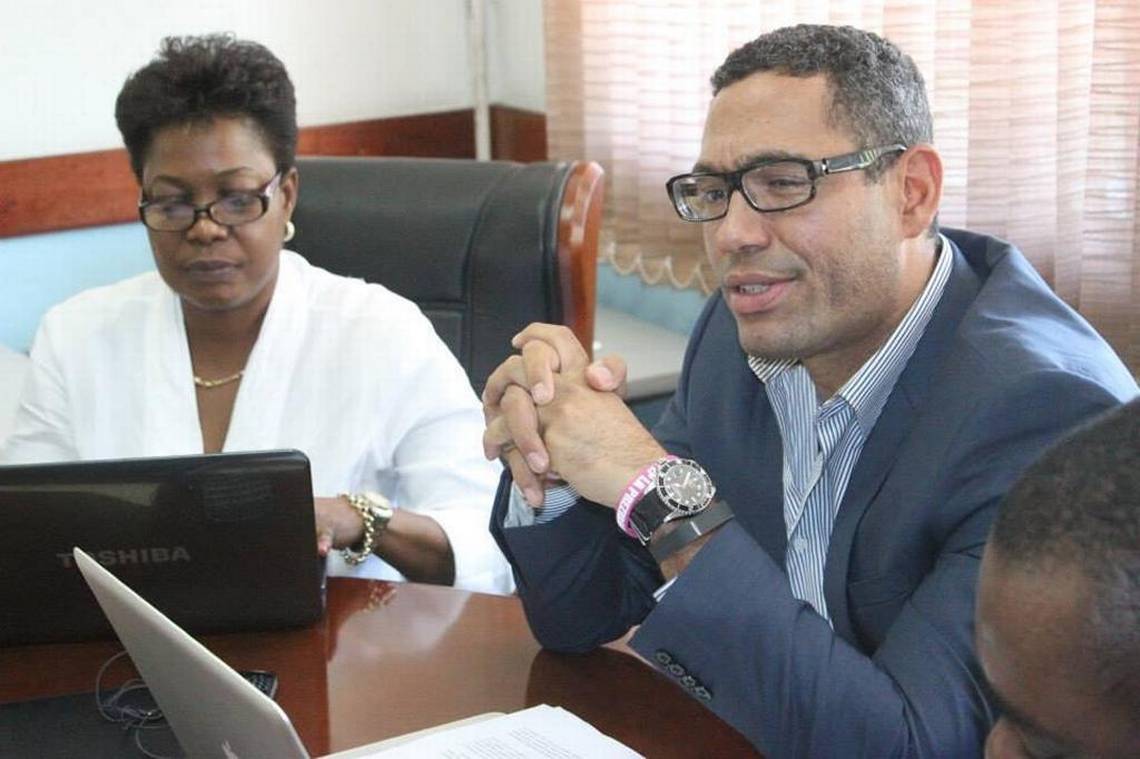 On Friday, I reported on the alleged suicide of Republican donor Peter W. Smith, who confessed to the Wall Street Journal that he and his team had worked with Russian hackers to obtain Hillary Clinton’s missing emails. Today, reports are out that a former head of a Haitian government development agency allegedly committed suicide just prior to allegedly testifying against the Clinton Foundation before the Haitian Senate Ethics and Anti-Corruption Commission, and the media is largely silent.

Klaus Eberwein, 50, was found dead in his motel room from an apparent gunshot wound to the head, according to the Miami-Dade medical examiner, who ruled his death a suicide.

Klaus Eberwein, a former Haitian government official, was found dead Tuesday in a South Dade motel room in what the Miami-Dade medical examiner’s office is ruling a suicide.

“He shot himself in the head,” said Veronica Lamar, Miami-Dade medical examiner records supervisor. She listed his time of death at 12:19 p.m.

Bailly said he last spoke to Eberwein, 50, two weeks ago and he was in good spirits. They were working on opening a Muncheez restaurant in Sunrise, he said.

During and after his government tenure, Eberwein faced allegations of fraud and corruption on how the agency he headed administered funds. Among the issues was FAES’ oversight of shoddy construction of several schools built after Haiti’s devastating Jan. 12, 2010, earthquake.

Eberwein was scheduled to appear Tuesday before the Haitian Senate’s Ethics and Anti-Corruption Commission, the head of the commission, Sen. Evalière Beauplan confirmed. The commission is investigating the management of PetroCaribe funds, the money Haiti receives from Venezuela’s discounted oil program.

The issue to which he was to address concerning the Clinton Foundation has misappropriated Haiti earthquake donations from international donors.

According to Eberwein, a paltry 0.6% of donations granted by international donors to the Clinton Foundation with the express purpose of directly assisting Haitians actually ended up in the hands of Haitian organizations. A further 9.6% ended up with the Haitian government. The remaining 89.8% – or $5.4 billion – was funneled to non-Haitian organizations.

The former director general of Haiti, who also served as an advisor to Haitian President Michel Martelly, was also a partner in a popular pizza restaurant in Haiti, Muncheez, and even has a pizza — the Klaus Special — named after him.

Eberwein had acknowledged that he believed his life was in danger, and he was right.

No one expected him to commit suicide. Even the Haiti Libre newspaper reported that he was in “good spirits” and planning for his future, and the idea of him committing suicide shocked both business partners and close friends.

“The Directorate General of FAES presents its sympathies to the bereaved families, friends and collaborator that this mourning afflicts. The FAES flag will be flown at half-mast from Wednesday 12th to Tuesday 18th July 2017. May his soul rest in peace.”

In the past year, several people with close ties to the Clinton crime family have found themselves “suicided” or dying mysteriously. In the previous campaign season, we saw a trail of bodies linked to Hillary Clinton, including murdered DNC staffer Seth Rich, who is believed to be the leaker of tens of thousands of Democratic National Committee emails.

In just six weeks in 2016, five people turned up dead who were tied to the Clintons.

Shawn Lucas along with filmmaker Ricardo Villaba had served papers to the Democratic National Committee Services Corp. and the former Chair Debbie Wasserman Schultz with regards to a fraud class action lawsuit against the Democrat Party.

Lucas was found lying on the bathroom floor by his girlfriend when she returned home on the evening of 2 August 2016. Paramedics responding to her 911 call found no signs of life.

Additionally, the former head of the United Nations General Assembly, who was tied to a Chinese donor of the Clintons and was set to be tried for bribery was found dead in June. Reports claimed that he has a heart attack and that a barbell fell on his neck as a result.

Finally, Joe Montano, 47, a close aide to Sen. Tim Kaine (D-Va.) and a prominent activist in the Washington area’s Filipino American community, died July 25 at his home in Falls Church, Virginia. Montano’s parents said that he was known to have hypertension and died of an apparent heart attack.

Mr. Montano not only worked for the DNC and the Democratic Party in Virginia, but also served as the national vice chairman of the Filipino Civil Rights Advocates group and executive director of the National Federation of Filipino American Associations (NaFFAA).

The list of dead people around the Clintons is quite long and you have to admit that these deaths happening so close together should give you pause as to the official story that is coming out about each one, knowing Mrs. Clinton’s record for lying, deceit and endangering the lives of Americans.