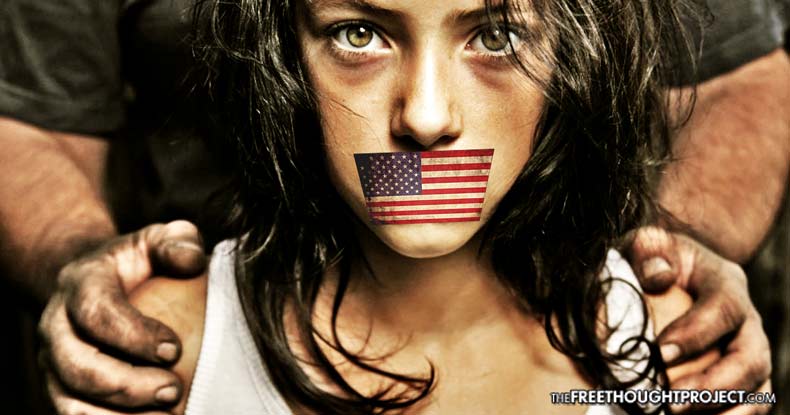 A recent report on the number of sexually exploited children in Florida gives insight into a horrific world that is often ignored by the media, and that rarely holds millionaires, politicians and even local officials accountable for their involvement.

A report from the Florida legislature’s Office of Program Policy Analysis & Government Accountability concluded that the state’s Department of Children and Family (DCF) and its lead agencies “have not resolved issues related to serving commercially sexually exploited children.”

The report found that in 2016, 356 verified commercially sexually exploited child victims were identified, as opposed to 264 identified in 2015. It noted that many of the victims who were identified earlier were, “both children in child welfare dependency and those living in the community with family—have since been re-victimized, involved with the criminal justice system, or only attended school intermittently.”

“During 2016, DCF’s Florida Abuse Hotline received 2,013 reports alleging the CSE of children, which is a 57% increase over the 2015 reports. Child protective investigators investigated 1,386 (or 69%) of those reports. Counties with the highest number of CSE reports include Miami-Dade (248), Broward (232), Orange (150), and Hillsborough (144). DCF hotline staff did not refer cases for investigation if the allegation did not rise to the level of reasonable (74%), there were no means to locate the victim (11%), or the alleged perpetrator was not the child’s caregiver (8%). Of the reports that were referred for investigation, most came from DJJ, the Department of Corrections, or criminal justice personnel (20%) and law enforcement (15%).”

Out of the 7,572 human trafficking cases reported in the United States in 2016, the majority or 5,551 were “sex trafficking” cases, and 2,387 of the reported victims were minors.

The report on child sex trafficking in Florida suggested that the increase in victims was due to the process DCF and the Department of Juvenile Justice (DJJ) use to “select children to screen as well as the screening tool itself may limit accurate identification of CSE child victims.”

The report also noted that 62 percent of the children who were labeled as commercially sexually exported remained “in the community and are referred to voluntary, local services.” As a result, “no data is readily available on whether the children use these services.”

The Free Thought Project has provided extensive coverage of the sex trafficking epidemic in the U.S., especially in relation to minors who become victims after they are kidnapped from their homes and placed in foster care.

In April, two pastors who were foster care advocates were arrested for running a child sex ring in Ohio. The pastors, who had influence on their county’s Child Service’s Board of Trustees, were charged with “recruiting, enticing and transporting people the men knew were under 18 to engage in sex acts for pay.” The trafficking was ongoing for at least three years, and initially began with a 14-year-old girl.

In June, a lawsuit was filed in the case of a 5-year-old girl who was given to the leader of a child sex ring in Arizona. She was taken from her mother who was battling an addiction with substance abuse, and she was put in the custody of a pedophile who sexually abused her, tortured her, and ultimately left her fighting for her life.

The recent report from Florida is another reminder that child sex trafficking is a horrific element of the human trafficking epidemic that has been ongoing and increasing in the United States. While government involvement has always been an element, it has yet to put a stop to the increasing number of children who are subjected to life-altering abuse on a daily basis.