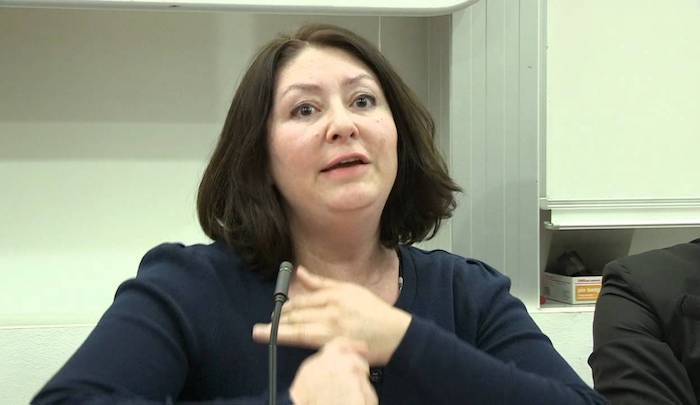 Maryam Namazie is a Marxist, which means that her opposition to Islam is just a matter of wanting to exchange one form of violent authoritarianism for another. She is a vicious Jew-hater who has spread “Palestinian” jihad propaganda. Namazie is also a liar, as she claims here that Pamela Geller and I have accused her of practicing taqiyya, and she has published an entire report defaming and libeling us in numerous ways.

None of this, of course, means that she should be raped, or that rape threats against her should go unnoticed. Facebook’s refusal to act on this is yet another example of its determination to implement Sharia blasphemy norms and silence all criticism of Islam, as Facebook’s Vice President recently assured Pakistani authorities that it would do. Jihad Watch’s referrals from Facebook dropped 90% in mid-February and never recovered: reporting about the jihad threat apparently does violate Facebook’s “community standards.”

And now Facebook is even tolerating jihadist threats against ex-Muslims.

What makes this outrageous is that Facebook controls so much of the public discourse today. As long as its influence remains so large, it has to be opened up to legal challenge.

Maryam Namazie, a political activist who frequently criticizes Islamism, received a graphic rape threat from a violent Muslim. Unfortunately, according to Facebook, the message didn’t violate any of their “specific community standards.”

I have received a lot of hate mail over the years, but this is something extraordinary. His threat is clear and specific… and disturbing. So, be warned.

This is violent and graphic, so keep that in mind.

Namazie shared some screenshots from the conversation on Twitter to protest Facebook’s censorship policies. She pointed out that pages get shut down regularly because they criticize Islam, yet the company seems not to care about graphic threats. This is something I have experienced, as well, so I’m happy people are finally paying attention to this double standard….