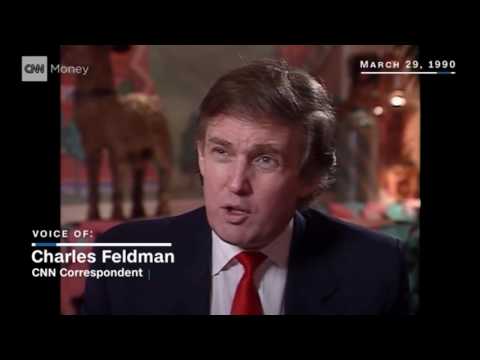 A video has surfaced, of a CNN interview of Donald Trump on March 29, 1990, more than 27 years ago, showing that even then, Trump had problems with fake news — CNN’s and the news media’s inaccurate and biased reporting.

Trump actually walked out on the interview.

Trump: “People say something false. I attack those people because . . . the news media get away with murder. You’re tough in terms of libel laws because the media is so protected, and it’s ridiculous that they’re so protected, but they can write virtually anything. The difference is, with me, at least they pay some price, and I think more people should have that attitude, and I think you’d find a lot more accurate reporting, including yours.”

CNN correspondent Charles Feldman: “What was inaccurate so far?”

Trump: “I thought your demeanor was inaccurate. I thought that questions that you were posing to people in my organization were inaccurate and false and unfair.”

Trump: “Well, I think the questions themselves were put in such a way that made them statements, and they became statements as opposed to questions, and I think that’s not good reporting.”

Trump: “It doesn’t matter. I don’t think your viewers would be very interested in it nor do I want to embarrass you.”

Feldman: “I don’t think it would be, but let’s talk about what we talked about yesterday. Are those in the financial community I’m talking about, and we talked to that person at home who, aah, have said — this is them saying it, not me — aah …”

Trump: “This is ‘them’ — what do you mean by ‘them’? This is one or two people, and what about the positive things”

Feldman: “Five or six. But the ones who said negative things and”

Trump: “Here we are, back to the negative. [Trump unclips the microphone from his tie] You know what, do this interview with somebody else . . . . [Trump puts microphone on table] You’re a very negative guy and I think it’s very unfair.”

Trump reaches out with his right hand and shakes the reporter’s hand, gets up from his chair, and leaves.

Feldman: “Sorry you feel that way.”

Then Feldman does something interesting — he rubs his nose with his right hand, twice (1:43 mark in video):

“Touching the nose can indicate that the person has detected a bad smell. It is also common signal from a person who is not telling the truth.

When a person lies, blood vessels in their nose may dilate, making the nose swell or appear redder. The nasal engorgement then causes mast cells to release histamine, which makes the nose itch and so may lead to the person touching or scratching it (this is probably the basis of the Pinocchio story).”