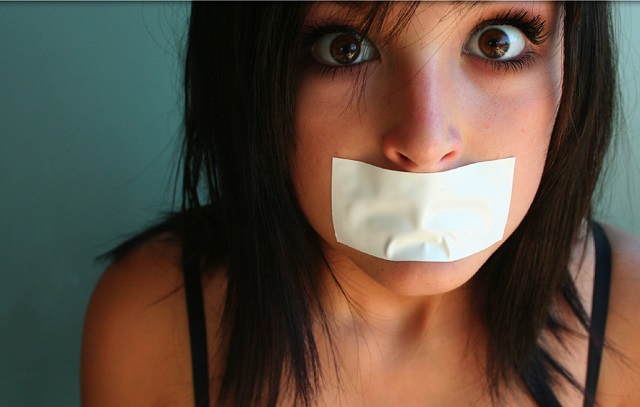 Evergreen State College student Mackenzie Kyger says she was not allowed to speak at “several meetings” with students and staff “because she’s white.”

Mackenzie Kyger first made the claim at a recent meeting of the school’s Board of Trustees, a portion of which was dedicated to public comments regarding the student protests that shook the campus in response to a professor’s criticism of the school’s decision to ask white students and faculty to leave campus for a day of diversity programming.

“Immediately when I got off the elevator I was told that I couldn’t go into the room because I was white.”

During the meeting, Kyger criticized Evergreen’s “lack of viewpoint diversity,” claiming that she tried to attend “several meetings” to express her views on the situation, but was “told several times that I’m not allowed to speak because I’m white.”

Kyger recently elaborated on her remarks in an interview with Benjamin Boyce, an Evergreen State alum who has been “investigating the far-left ideological framework promulgated by [his] alma mater,” according to his website.

During the interview, she recounted an experience she had while trying to attend a meeting that some students had with the school’s president, George Bridges, on the 4th floor of the school’s library.

“Immediately when I got off the elevator I was told that I couldn’t go into the room because I was white,” Kyger stated, adding that she subsequently ignored another person telling her she “couldn’t go in without a police escort.”

Eventually, she said, “I was told that I was allowed to go in, but I couldn’t speak; I couldn’t express my concerns; I couldn’t ask any questions because I’m white. And I had to stand in the back.”

Upon entering the meeting room, Kyger said she was “disgusted” by the scene that greeted her, saying, “people were standing on chairs, yelling at George, screaming profanities at him,” all while faculty members stood against a wall behind her “cheering on” the rambunctious students.

“I’m all for actual social justice. I just…I don’t think what the people at Evergreen are asking for is social justice,” Kyger told Boyce. “Focusing on the color of someone’s skin or treating them differently based on their skin color, which is what they’re asking for…That, to me, is racism.”