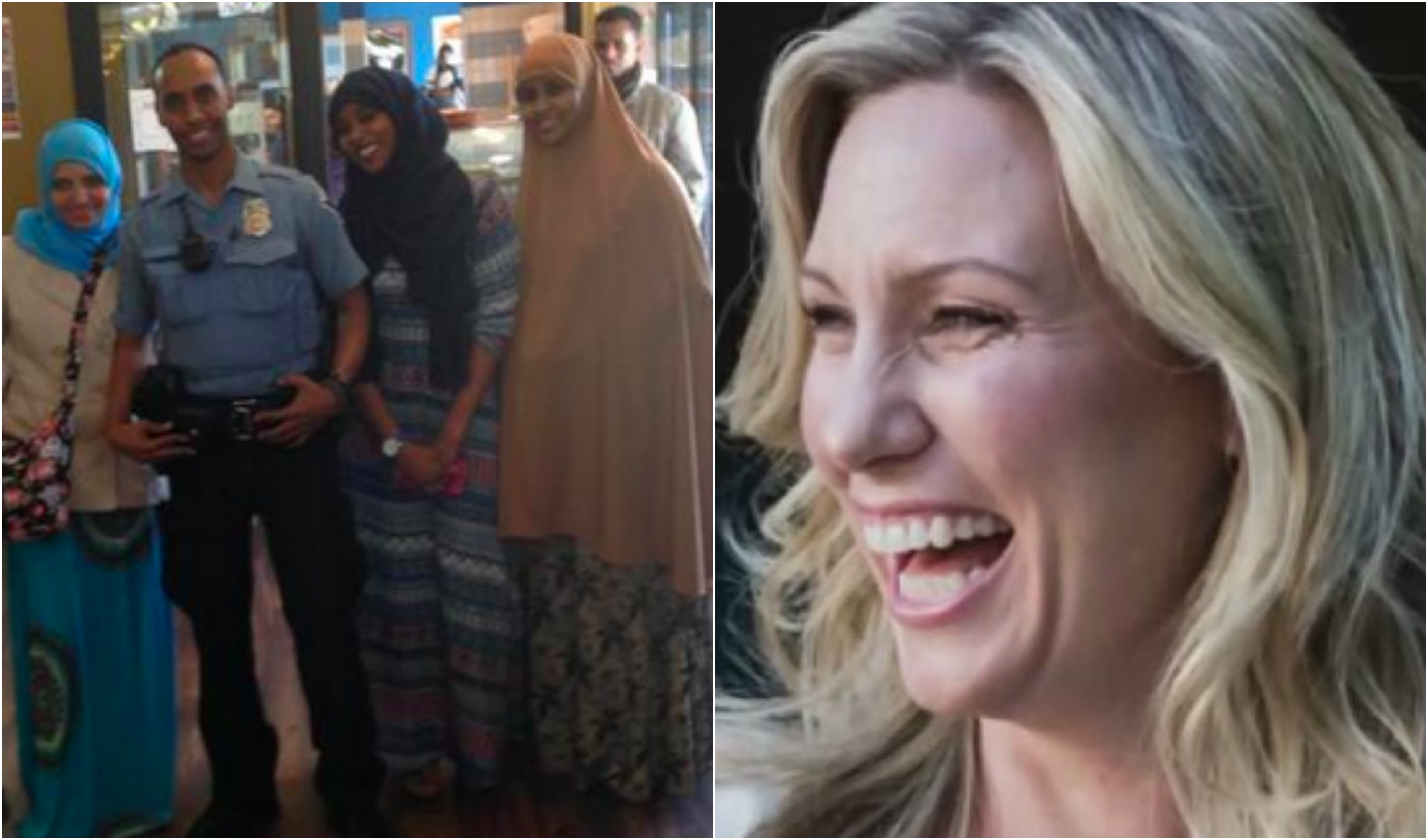 The Minneapolis Muslim police officer who fatally shot a woman who called 911 for help has refused to be interviewed by authorities investigating the shooting. Why should he? He answers to a higher authority and he knows the media and left will have his back. The enemedia is already scripting the narrative. Finally they are defending a police officer. Islam trumps all. Black Lives Matter, LGBT, feminism — nothing beats Islam. Nothing.

Before the cop was identified as a Muslim, the reports were all of over the left wing sites. Cop shoots unarmed  woman multiple times! Since Noor was named, all’s quiet on the Western front.

“Investigators: Cop who shot unarmed woman refuses to be interviewed,” by Ray Downs, UPI, July 18, 2017 (thanks to Jihad Watch):

July 18 (UPI) — The Minneapolis police officer who fatally shot a woman who called 911 for help has refused to be interviewed by authorities investigating the shooting, according to the Minnesota Department of Public Safety.

Officer Mohamed Noor shot 40-year-old Justine Ruszczyk, who also went by her fiancee’s last name of Damond, in the abdomen as she stood in the alley behind her home and told the Bureau of Criminal Apprehension that we will not consent to an interview about the incident.

The BCA is conducting the investigation into the shooting at the request of the MPD.

“Officer Noor has declined to be interviewed by BCA agents at this time. Officer Noor’s attorney did not provide clarification on when, if ever, an interview would be possible,” said the statement.

But Officer Matthew Harrity, the other officer who was in the squad car when Noor opened fire has been interviewed….

Both Noor and Harrity are on paid administrative leave during the investigation….