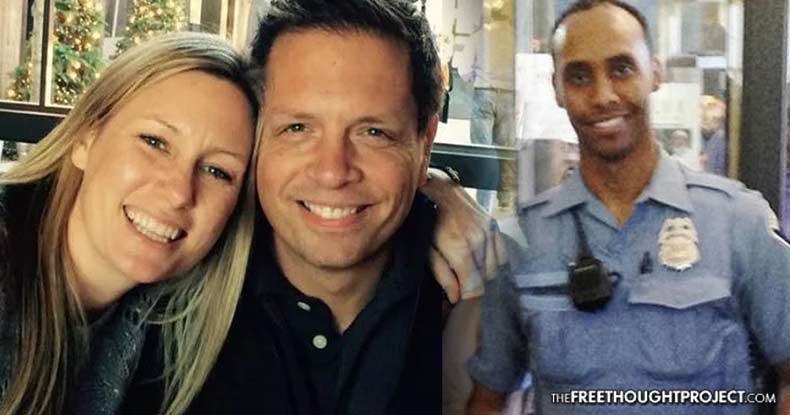 While the Minnesota Bureau of Criminal Apprehension (BCA) is still conducting its investigation into Saturday’s fatal shooting of a beloved mother and life coach Justine Damond, sources close to the investigation are now saying Officer Mohamed Noor and Matthew Harrity believed they were being ambushed. But the attorney for Damond’s family isn’t buying that explanation.

Officer Noor shot and killed Damond from the passenger seat of his cruiser, firing over his partner, and through the driver’s side window striking Damond in the abdomen, killing her. To date, neither officer has spoken with the press, and Noor has reportedly refused to speak with BCA investigators. Neither officer’s body camera was recording at the time and the shooting was said not to have been captured by the cruiser’s dashcam — because it was off too.

The notion the officers believed they were being ambushed by Damond was quickly rejected by the Damond family’s lawyer, Robert Bennet. “She obviously wasn’t armed, was not a threat to anyone, and nor could she have reasonably perceived to be,” he said.

“I think that’s ludicrous,” Bennett said adding, “It’s disinformation … it doesn’t have any basis in fact.”

“The person who called 911 was shot in her pajamas.”

On Wednesday, KTSP reporters would not reveal who it was making the ambush defense claims, but on Thursday, the Associated Press confirmed the person asserting the ambush claim to be Harrity’s lawyer, Fred Bruno.

Bruno said for his client to have perceived himself to be caught in an ambush was “certainly reasonable.”

“It was only a few weeks ago when a female NYPD cop and mother of twins was executed in her car in a very similar scenario,” Bruno said.

The ambush defense appears to be the one lawyers will contend as the justification for shooting an unarmed pajama wearing mother who, herself, called 911. Such a defense would allow both officers to claim they were in “fear for their lives,” but such a claim may not hold up in court if cell phone footage of the incident is presented.

On Thursday, the Associated Press reported a bicyclist was passing by at the time of the shooting and captured the entire aftermath, where officers reportedly administered CPR for four minutes. That footage has not yet been made public but it may reveal interesting details about the fateful night in question; the position of the police cruiser, the response by the officers, and any fireworks reported to have been exploding.

Also acknowledged, was the fact Officer Noor had his handgun in his lap, out of his holster, and in the cocked and loaded position when Damond knocked on the driver’s side window.

While die-hard defenders of police tactics may believe it is perfectly reasonable for an officer to be prepared to shoot at all times, we at The Free Thought Project have expressed the inherent dangers of keeping one’s finger on the trigger.

In a recent publication, we detailed one citizen’s concern the public might be at risk if cops keep their guns in their hands while they’re in their vehicle conducting police investigations. Now, it seems, those fears have been realized with the taking of Damond’s life.

In a statement to the media this week, the family said they are asking for people to respect their privacy.

“Our family thank you for your interest in the story of our beloved Justine, whom we lost so tragically last weekend,” their statement read.

“We are still trying to come to terms with this tragedy and we are struggling to understand how and why this could happen. These are very early days and the family, in Australia and in the USA are devastated by our loss.

“We are in constant contact with the Australian Government, and representatives of the US Government and Minnesota State authorities. We want to see the investigation come to a conclusion, as soon as possible, so we have some resolution to the tragedy.

“All we want to do is bring Justine home to Australia to farewell her in her hometown among family and friends. In the meantime, we ask that you give us time to grieve in private and to support each other at this very difficult time.

“We will be in touch with you as soon as we feel, as a family, that the time is right to have further discussions with you. Again, we thank you for respecting our privacy.”