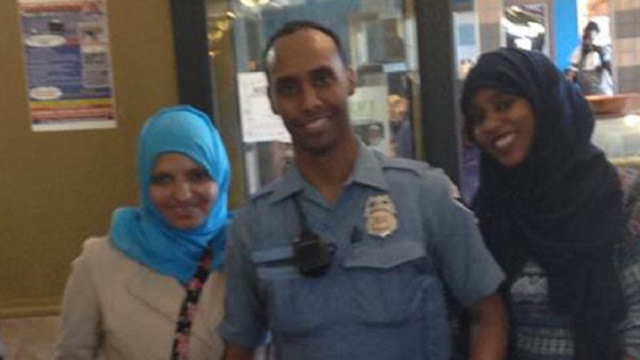 The Somali-American police officer who shot and killed 40-year-old Justine Ruszczyk Damond after she called 911 to report a suspected sexual assault was reportedly a “diversity hire.”

WND has learned [Mohamed Noor] was one of five Somalis on the entire force and that the city makes a special effort to recruit Somalis as part of its affirmative-action plan.

The city’s affirmative-action program requires it to give preferential treatment to minorities, not only those hired by the city but by all contractors awarded contracts of more than $100,000.

The city’s leaders bemoaned the fact that they could not come up with more blacks to staff 100 new positions that came open at the end of 2014. The Star-Tribune, in an Aug. 19, 2014, article headlined “Minneapolis police struggle to hire diverse force,” interviewed several activists who took the city to task for allowing the number of black officers to dwindle.

With 100 new openings, the city was all but apologizing for the fact that at least 71 percent would be white, saying it had tried everything to recruit more blacks over the years, including a pre-high school academy that nurtured young black kids who showed an interest in law enforcement. But was having only marginal success.

“Minneapolis police have about half the black and Hispanic officers they need to accurately reflect the city’s population, records show. This comes despite years of diversity plans, legal action and a federal mediation agreement sparked by low levels of minority representation within the police,” the Star Tribune reported.

The mediation agreement was a tool of the Obama Justice Department to pressure the city into hiring more black and Latino officers.

Handing incompetents badges and guns is what the left deems “progress.” I’m sure Justine Damond’s family will take heart in knowing the cop who shot and killed her was hired to “fight systemic racism.”