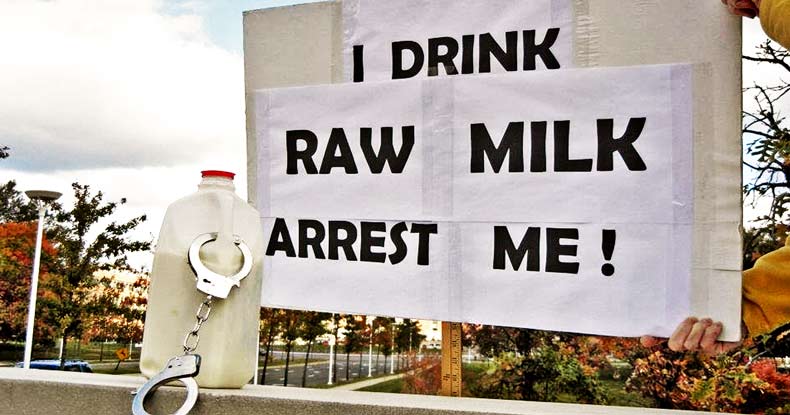 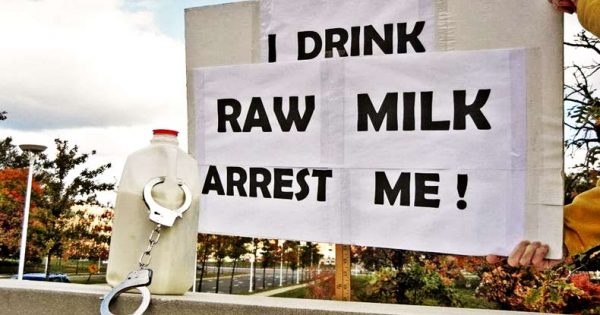 Maine has taken a bold step toward freedom, becoming the first state in the U.S. to enact a ‘food sovereignty’ law giving communities power to regulate their local food economy. The bill, titled An Act To Recognize Local Control Regarding Food and Water Systems, was passed unanimously by the state Senate and signed into law by Governor Paul LePage.

Supporters of food sovereignty want local food producers to be exempt from state licensing and inspections governing the selling of food as long as the transactions are between the producers and the customers for home consumption or when the food is sold and consumed at community events such as church suppers.”

What this means is that neighbors can sell their eggs, milk, and other wholesome food to neighbors, without fear of state-level interference. This includes raw milk sales, a particular area where government has cracked down on those who dare engage in voluntary exchange.

Maine’s move is very welcome at a time when freedom is generally being chipped away by the police/surveillance state and the corporatocracy. Longstanding alliances between corporate food giants and government agencies have come to exert vast control over what we put in our bodies.

Almost every large food and beverage brand is controlled by 10 corporations, which pay off politicians to stifle smaller, more localized competitors. Regulatory burdens are created which do little or nothing to actually help the consumer or environment, but create enormous burdens that the little guy operating in a more localized area can’t handle.

The result is more unhealthy processed foods, massive factory farms poisoning humans and polluting the environment, more pesticide use from industrial monoculture which damages ecosystems, and loss of family farms.

The food and agriculture biotechnology Industry spent more than half a billion dollars over a decade to influence Congress for the privilege of feeding America. To politicians running DC, that kind of money makes the will of the people meaningless.

Betsy Garrold of Food for Maine’s Future summed up the simple, undeniable rationale behind food sovereignty.

“We believe face-to-face transactions with your neighbors is safe and beneficial to both parties,” said Garrold, “They know you, you know them and, frankly, poisoning your neighbors is a very bad business plan.”

Food freedom is certainly popular among the people, as 20 municipalities had already enacted food sovereignty ordinances prior to the bill being signed. Garrold said her phone “has been ringing off the hook” with townspeople who have every intention of using this freedom to build a thriving local, healthy food economy.

This demonstrates the hunger that likely exists all across the nation to take back control of our food supply, bringing a more localized, diverse approach which in turns provides health and environmental benefits.

“This is a great day for rural economic development and the environmental and social wealth of rural communities,” said Rep. Craig Hickman, D-Winthrop. “The Governor has signed into law a first-in-the-nation piece of landmark legislation [and] the state of Maine will [now] recognize, at last, the right of municipalities to regulate local food systems as they see fit.

“It’s been a long time coming,” Hickman said. “Food sovereignty means the improved health and well-being of the people of Maine by reducing hunger and increasing food self-sufficiency through improved access to wholesome, nutritious and locally produced foods.”

Maine’s move seems like an unusual and novel idea in these times, but food freedom has been around for most of humanity. Other states, including California, are considering similar food sovereignty measures.

Forces are undoubtedly mobilizing against the revolution, including the American Legislative Exchange Council (ALEC) which is persistent and successful at getting lawmakers to do the bidding of corporate interests.

A big question is, what will federal government do? Lawmakers and corrupted agencies — acting on behalf of food giants and under the guise of “consumer safety” — could crack down on this newfound food freedom.

Or, when people in Maine create a thriving, healthy local food economy, it may prove too big for the forces of oppression to overcome.