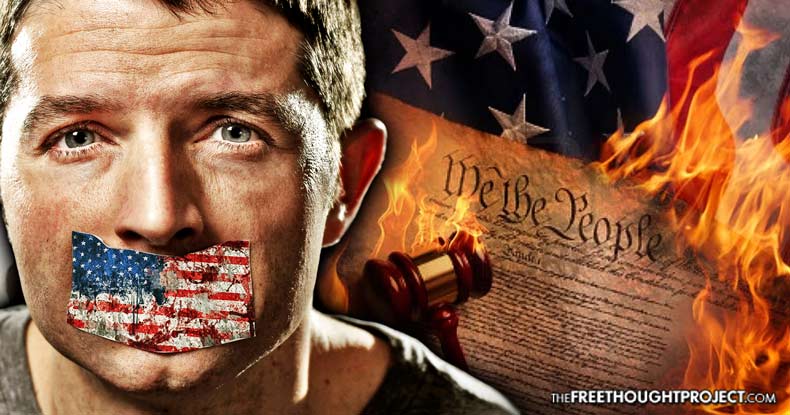 Big Rapids, MI — A former pastor will serve time in jail for a conviction of “jury tampering,” after he was arrested and charged with a felony for handing out jury information pamphlets outside of a courthouse.

Keith Wood is innocent. He was merely attempting to educate his neighbors about their rights on a jury, which should be protected free speech. However, courts are intent on using their power to hide the full scope of the jurors’ responsibility and they will apparently go to great lengths to do so — including throwing an entirely innocent man in prison.

For those who don’t know, jury nullification is the right for any juror to not only judge the facts of the case but also to judge the validity of the law itself. If a jury feels that a defendant is facing an unjust charge, they have the right to rule in the defendant’s favor, even if they are technically guilty under the court’s standards.

Federal and individual state governments are terrified about this concept becoming mainstream as it could lead to radical change in regards to victimless ‘crimes.’

Wood wanted people to know about their rights on a jury so he printed out pamphlets from the Fully Informed Jury Association and began passing them out at his local courthouse.

By the time he could hand out 50 fliers, court officials had Wood arrested. Wood was on a public sidewalk, which should have given him additional protection under free speech laws, but he was arrested anyway.

Wood was charged with a five-year felony for obstructing justice and a one-year misdemeanor for jury tampering. This week in court, Wood was found guilty on the obstruction of justice charge and sentenced to eight weekends in jail plus six months of probation and additional fines.

After his arrest Wood told Fox 17, “I truly believe in my heart of hearts I didn’t do anything wrong, I didn’t break the law.”

When asked if he felt that his first amendment rights were violated, Wood responded, “Oh, I don’t feel like I have them.”

The judge entirely ignored Wood’s rights and treated him like a criminal, telling the court that “He’s going straight to jail today,” as she handed down the sentence.

“This is not a person who made a one-time mistake, he hasn’t demonstrated that he has kind of shown that he realizes now the significance of what he’s done, in fact, the testimony shows the contrary,”Mecosta County Assistant Prosecutor Nathan Hull told the court.

Wood’s defense attorney, David Kallman, argued that his client did nothing wrong, and was acting within his rights as a US citizen.

“He exercised what he believes are his free speech rights, did it out on the sidewalk before this court, and because of that, that deserves 45 days in jail, let alone one day in jail?” I totally disagree with that,”Kallman said.

As The Free Thought Project reported last month, Woods’ pamphlet did not contain anything specific to the case or any Michigan court, according to Kallman. But this innocuous behavior, which should be viewed as a public service, drew the attention of a judge who became “very concerned” when he saw the pamphlets being carried by some of the jury pool.

“’I thought this was going to trash my jury trial, basically,” testified Judge [Peter] Jaklevic. “It just didn’t sound right.’

Jacklevic ended up sending that jury pool home on Nov. 24, 2015 when Yoder took a plea.

Jaklevic continued to testify that he stepped into the hallway with Mecosta County Prosecutor Brian Thiede when Det. Erlandson and a deputy brought Wood into the courthouse that day. Mecosta County Deputy Jeff Roberts testified he ‘asked Wood to come inside because the Judge wanted to talk with him,’ then threatened to call a city cop if Wood did not come inside.

Wood testified Judge Jaklevic never spoke to him that day, or him any questions, before ordering his arrest. He tells FOX 17 he had concerns his case was tried in Mecosta County where all of this happened, involving several court officials including the judge.”

To recap, this judge said “it just didn’t sound right” that people were carrying informational pamphlets on their rights as jurors, and he possibly lied on the stand to justify the fact that he had Wood arrested for doing nothing wrong. What’s more, Wood was brought to trial in the same court where all of this transpired, where county officials had literally teamed up to violate his rights in the first place.

“So our taxpayer dollars are paying their salary, and they were the actors in this case to arrest me, to imprison me, and all that,” said Wood. “I did have a very great concern that they were the ones trying the case, because they work together day in and day out.”

Defense attorney Kallman noted that during Wood’s trial, they were prohibited from arguing several points to the jury.

“And of course, the First Amendment issues are critical: that we believe our client had the absolute First Amendment right to hand out these brochures right here on this sidewalk,” Kallman said. “That’s part of the problem of where we feel we were handcuffed quite a bit.”

After the guilty verdict was announced, Kallman told FOX 17 that he plans to appeal the case.

Jury nullification is a tangible solution to the problems that we face with the justice system. Through this loophole, we as average citizens have the power to free our neighbors from unjust laws and government persecution.

The next time that you get a jury notice in the mail, forget about the minor inconvenience and think about the human life that you could save.

One thing that is important to mention is the fact that you probably don’t want to mention jury nullification until you are selected as a juror, that is likely to get you dismissed immediately. However, once you are on the inside, you can spread the word by telling the other jurors that they have the right to vote with their conscience.

Please share this story so that this innocent man’s case gets the scrutiny it deserves. When a person can be thrown in a cage for passing out flyers on a public sidewalk, informing people of their rights under the law, tyranny is not approaching — it is here.