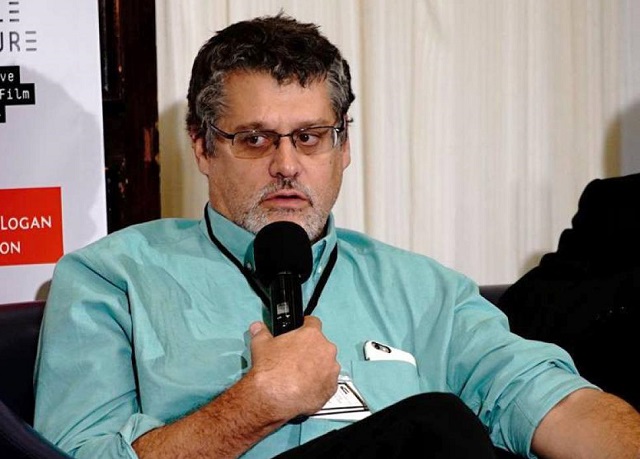 The shady founder of Fusion GPS who was paid by the Democrats (and potentially the FBI) to dig up dirt on Donald Trump during the 2016 election appears to have skipped town and reportedly plans to plead the fifth if brought before the Senate Judiciary Committee next week.

Glenn Simpson, whose Fusion GPS firm has been tied to anti-Trump efforts and pro-Russian lobbying, will not talk to lawmakers in response to a subpoena, the leaders of the Senate Judiciary Committe said Friday.

Committee chairman Chuck Grassley, R-Iowa, and ranking member Dianne Feinstein, D-Calif., confirmed in a statement that they subpoenaed Simpson to appear before the committee Wednesday as part of a hearing about the influence of foreign lobbying in last year’s presidential election.

“Simpson’s attorney has asserted that his client will invoke his Fifth Amendment rights in response to the subpoena,” Grassley and Feinstein said.

During the campaign, Fusion GPS contracted former MI-6 agent Christopher Steele to look into rumors about Trump’s financial and social connections in Russia. The resulting “dossier,” which was leaked to the media following Trump’s victory in November included a number of sordid allegations about the president’s sexual proclivities.

Investment manager Bill Browder claims Simpson was hired by one of Veselnitskaya’s clients, Prevezon Holdings, as part of an effort to repeal the Magnitsky Act, named for Sergei Magnitsky — an attorney for Browder who was beaten to death in a Moscow prison after accusing Russian authorities of stealing hundreds of millions of dollars through tax refunds and then laundering the money through New York banks.

Veselnitskaya became the center of a political storm earlier this month after Donald Trump Jr. made public emails indicating that he had taken a meeting with her on the promise of receiving damaging information about Hillary Clinton.

Grassley and Feinstein also noted that both Trump Jr., who met with Veselnitskaya in June of last year, and former Trump campaign manager Paul Manafort, who sat in on the meeting, are negotiating their appearances and the possibility of turning over documents, but left open the possibility that the pair would be subpoenaed.

Fusion GPS has said it had nothing to do with the Trump Jr.-Veselnitskaya meeting.

“Fusion GPS learned about this meeting from news reports and had no prior knowledge of it. Any claim that Fusion GPS arranged or facilitated this meeting in any way is absolutely false,” the company said in a statement.

If you did nothing wrong, why not testify as an endless list of Trump’s associates have?