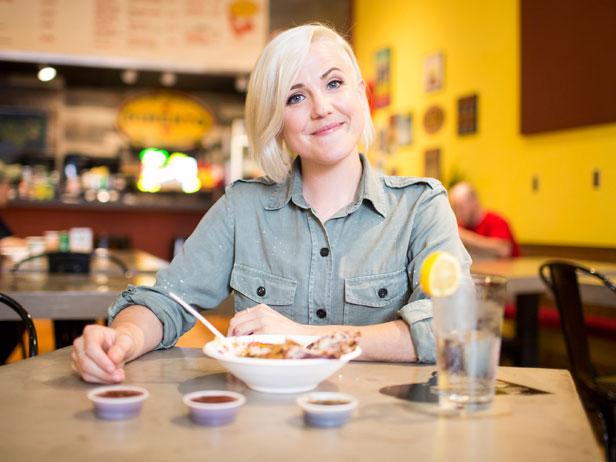 I watch the Food Network. I enjoy Guy Fieri and Trisha Yearwood’s shows and, of course, Ree Drummond (a fellow Okie!).

They sometimes push the gay agenda by featuring a lot of homosexuals in their shows. It’s not blatant except on a couple shows such as Worst Cooks in America. Whatever, I just change the channel if it bothers me too much.

The show features Hannah Hart, who supports Planned Parenthood. From her Wikipedia page:

“Hannah Maud Hart (born November 2, 1986), is an American internet personality, comedian, author and actress. She is best known for starring in My Drunk Kitchen, a weekly series on YouTube in which she cooks something while intoxicated. Apart from her main channel, she also runs a second channel where she talks about life in general and gives her opinions on various topics.

She attended college at UC Berkeley and graduated in May 2009 with two degrees; one in English literature and one in Japanese language. Upon her graduation, Hart moved to Brooklyn, New York, to pursue a writing career. She ended up proofreading Japanese and English for a Manhattan based translating firm instead of her initial dream of writing screenplays. Within two months of launching her YouTube channel, she had become a YouTube partner and ended up quitting her 9–5 job in order to focus on My Drunk Kitchen. Hart is openly lesbian and dated fellow Youtuber Ingrid Nilsen from September 2015 to January 2016.”

About her new show, from the Food Network blog:

“Hannah’s young, fresh voice and unique sense of humor make her food adventures a perfect fit for our viewers,” said Kathleen Finch, Chief Programming, Content and Brand Officer, Scripps Network Interactive. “Her enthusiasm is sure to inspire others to hit the road for their own culinary journeys.”

Hannah Hart is best known as the creator and star of the award-winning, weekly web series My Drunk Kitchen, which has amassed millions of views since its first episode premiered in 2011.  In 2012, Hannah launched her first scripted format Hello, Harto, a project that helped distribute food to local communities across America. These efforts in turn created Hannah’s philanthropic community Have a Hart Day, an international, year-round initiative which encourages young leaders to volunteer their time in their own communities. Hannah was recognized by The White House for her ability to mobilize youth through this initiative and she was invited to lead a discussion about millennial engagement with President Obama. She was named to Forbes’ 30 Under 30, an annual list which highlights talented individuals under 30 years old across a variety of fields in 2015.  Hannah is also a New York Times best-selling author of two books: “My Drunk Kitchen: A Guide to Eating, Drinking and Going with Your Gut” and “Buffered: Unshared Tales of a Life Fully Loaded.”

Here’s what Hannah thinks of Trump and those of us who voted for him (from her Twitter timeline):

Let Food Network know what you think about their decision to hire this “unique sense of humor” who calls Trump voters racists. Go here.

Another Food Network show I won’t be watching.