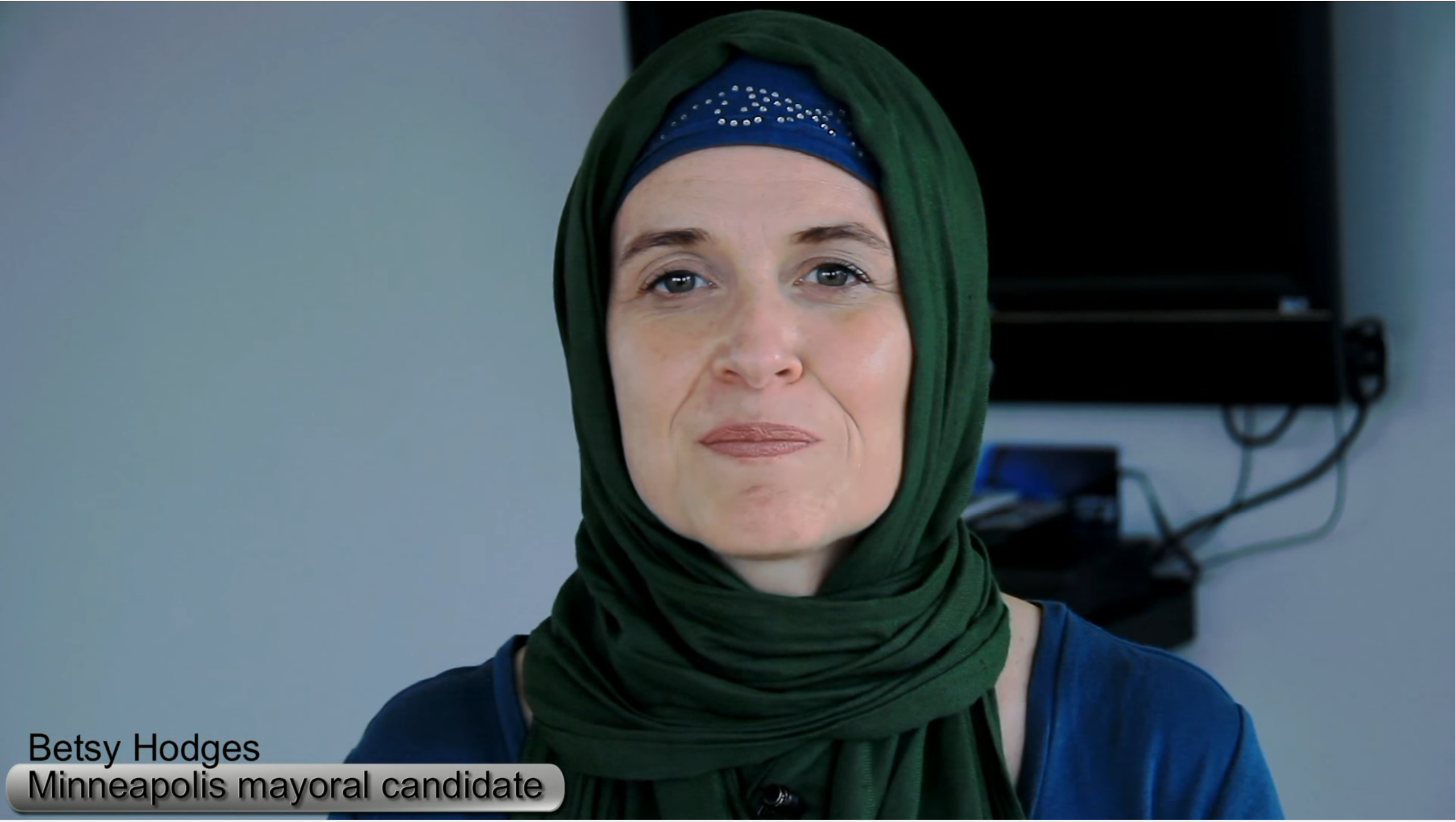 Here on Facebook, she directed Muslims on how to file hate crimes:

To the Somali community: I want you to know that you are a valued and appreciated part of Minneapolis. I stand with you and support you. The strength and beauty of the Somali and East African communities are a vital part of what makes Minneapolis so strong and beautiful. I am grateful to be your neighbor. This week a Somali police officer, Officer Mohamed Noor, shot and killed a woman under circumstances we don’t yet comprehend. Justine Damond’s death was tragic and awful for everyone. And I want to be very clear that Officer Noor, a fully trained officer in the Minneapolis Police Department, won’t be treated differently than any other officer. Justine’s death is a tragedy for our city. We cannot compound that tragedy by turning to racism, xenophobia, and Islamophobia. It is unjust and ridiculous to assert that an entire community be held responsible for the actions of one person. That will not be tolerated in Minneapolis. If you are experiencing discrimination, you can file a complaint at http://www.minneapolismn.gov/civil…/discrimination-complaint

It was Mayor Betsy Hodges who instituted hiring policies in the police department to prioritize the hiring of Somali Muslims. This at a time when more than 22 young men from the community had left the state to join al-Shabab in Somalia, and roughly a dozen people have left in recent years to join the jihad in Syria, including the Islamic State group. In November, nine men were sentenced on terror charges for plotting unsuccessfully to join the group and fight in Syria. Separately, a 20-year-old Somali-American went on a stabbing rampage at a shopping mall in St. Cloud last September, wounding 10 people before an off-duty police officer fatally shot him.

Muslims are not a special class, superior class. That is the sharia. This is America.

Hodges said “that effort will continue. The Somali officers on the force are seen as community role models, and are among the success stories of the immigrants in Minnesota.”

Below, note the ISIS salute, clueless or complicit?

The ISIS one finger salute.

We cannot compound that tragedy by turning to racism, xenophobia, and Islamophobia….experiencing discrimination, file a
complaint at http://www.minneapolismn.gov/civil…/discrimination-complaint

That’s Betsy on the right. Watch:

In the aftermath of the Minneapolis cop Mohamed Noor’s brutal murder of an unarmed woman in her pajamas, dhimmi Mayor Betsy Hodges thought she had her sacrificial lamb when she forced Police Chief Janee Harteau to resign. Not so fast. The people ain’t having it.

The Minneapolis Police have released audio of the moments around the fatal US police shooting of Australian yoga instructor and meditation coach Justine Damond in a Minneapolis alley. Why did Mayor Betsey Hodges laud Mohamed Noor? Because he was Muslim and because he was from Somalia.

The family of Justine Damond has hired a high powered attorney. I am so reliever that this cold-blooded killing is not going to be swept under rug just because the cop is Muslim. If he Noor survives and keeps his job that means special treatment. They can compel him. They can’t use the statement in court. So Mayor Hodges lied.

Why is UAE designated terror group CAIR getting our taxpayer dollars. Hamas-CAIR were named un-indicted co-conspirators and a Muslim Brotherhood front organization by the US government in the largest terrorist funding trial in our nation’s history. These foreign agents receive tens of millions of dollars from Arab countries. How many other CAIR chapters are funded…