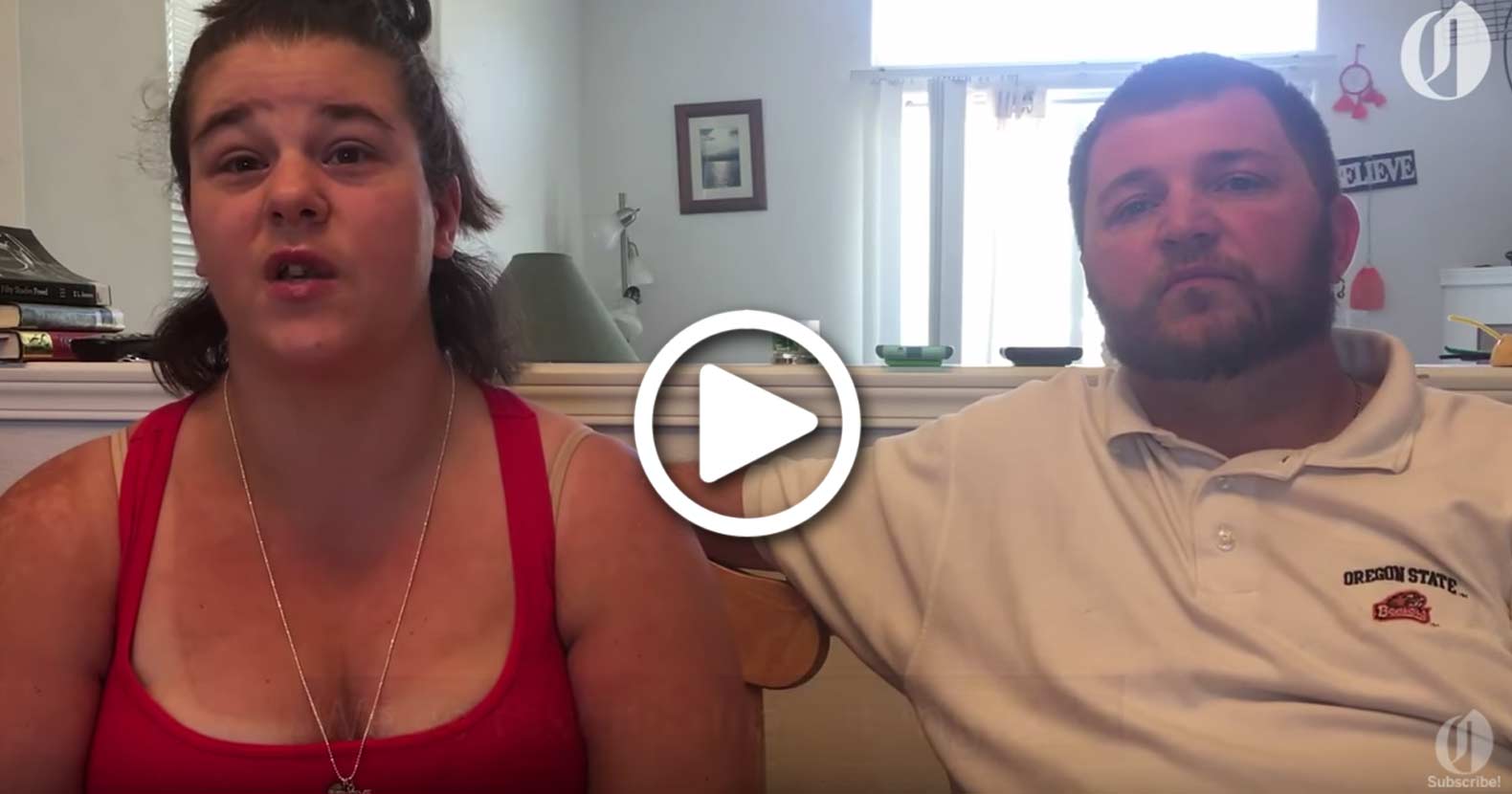 Amy Fabbrini and Eric Ziegler are loving parents who had their children taken from them because the state thinks that their low standardized test scores make them bad parents.

Both Fabbrini and Ziegler are high school graduates who are self-sustainable living in a 1,200 square foot home provided to them by Ziegler’s parents. They have no criminal record, no record of abuse, yet the state of Oregon deemed it justified to steal their children and give them to someone else.

According to the Oregonian, Fabbrini formerly worked as a grocery clerk. Ziegler worked as a carpet layer, he said, but now receives Social Security benefits for his mental disability.

“I have a learning disability, but it’s very, very mild,” Ziegler said. He understands that he learns more slowly than some, but says “everybody learns at their pace.”

As the Oregonian reports, Ziegler has a driver’s license. Both have standard high school diplomas. And seven years ago, after a divorce, Fabbrini was granted shared custody of twin boys she had with her ex-husband.

“I love kids, I was raised around kids, my mom was a preschool teacher for 20-plus years, and so I’ve always been around kids,” Fabbrini said. “That’s my passion. I love to do things with kids, and that’s what I want to do in the future, something that has to do with kids.”

By all measures, Ziegler and Fabbrini seem like fine parents. However, the state disagrees.

According to a court appeal describing the case, the state kidnapped their first son Christopher because both parents had “limited cognitive abilities that interfere with (their) ability to safely parent the child.”

Their second son, Hunter, was also kidnapped from them, this time, directly at the hospital. Both children are now in state run foster care and there is absolutely no reason for it.

“They are saying they are intellectually incapable without any guidelines to go by,” said Sherrene Hagenbach, a former volunteer with the Oregon agency who oversaw visits with the couple and Christopher from last June through August, reports Oregon Live.

“They’re saying that this foster care provider is better for the child because she can provide more financially, provide better education, things like that,” Hagenbach said. “If we’re going to get on that train, Bill Gates should take my children. There’s always somebody better than us, so it’s a very dangerous position to be in.”

Hagenbach is a professional mediator and board member of Healthy Families of the High Desert. In an ominous move, after she told state caseworkers that the couple was fit to raise their own children, she was told that her services were no longer needed.

According to the court, Fabbrini’s IQ at about 72, placing her in the “extremely low to borderline range of intelligence,” and Ziegler’s about 66, placing him in the “mild range of intellectual disability.”

While both of these scores are below average, the implications for the state taking children from parents, especially ones who are kind and loving like Fabbrini and Ziegler, are grave indeed.

The couple has repeatedly jumped through all the hoops the state has asked them to and yet nothing happens.

At the direction of child welfare workers, reports the Oregonian, the couple said they’ve taken classes on parenting, first aid, CPR and nutrition through the Women, Infants and Children agency, the nonprofit MountainStar, Healthy Families of the High Desert and more.

To no avail, however, as the parents are still limited to supervised visits only.

“We’ve just done everything and more than what they’ve asked us to,” Fabbrini said.

“It doesn’t seem like it’s good enough for them,” Ziegler added. “They’re saying, ‘Who would parent Christopher better, the foster parents or the parents?’ is basically what they’re going on.”

According to the Oregonian, across the country, a national study estimates that somewhere between 40 percent and 80 percent of parents with intellectual disabilities lose their parental rights.

This practice sounds dangerously close to a dark time in the early part of the 20th century across America.

Eugenics, the ‘science’ of improving a human population by controlled breeding to increase the occurrence of desirable heritable characteristics, is a dark stain on humanity’s past as it was carried out with the support of the majority and the use of government force.

While most people associate it with Adolf Hitler and his movement to create a supreme race in Nazi Germany, the fact is that eugenics sciences began in the 1860s. By Hitler’s time, it was a consensus among many that the human population could be improved through selective breeding and the horrific treatment of people deemed ‘inferior’ by science — including forced sterilization.

Many states in the U.S. had sterilization programs enacted that would target low I.Q. test scores as the reason to prevent adults from becoming parents. Fabbrini and Ziegler are now experiencing a similar fate.

However, their fate is much worse as their children were born and then stolen from them — for their low I.Q. scores — by the state which thinks it can do a better job at raising them.

As the Free Thought Project has pointed out on multiple occasions, many foster environments are rife with sexual and physical abuse. Over the years, we’ve covered cases of children being taken from loving parents only to end up abused, heavily drugged, raped, and even murdered.

Let’s hope, for the sake of Fabbrini and Ziegler, that their children do not suffer a similar fate.