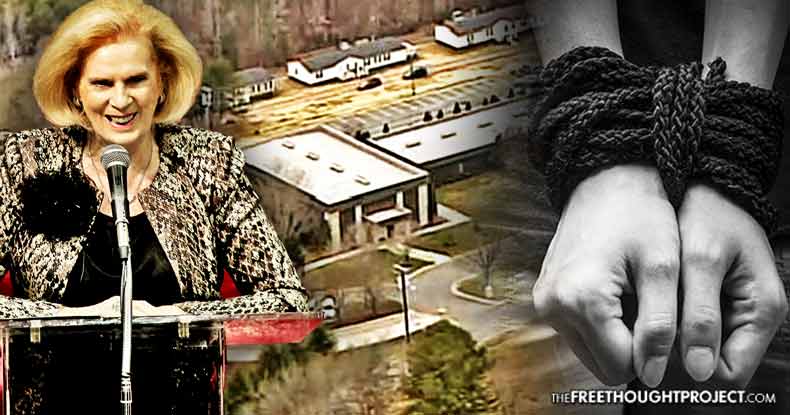 Spindale, NC — Scores of former slaves have come forward to expose the Word of Faith Fellowship congregation as a hub for modern slavery in the United States in which hundreds have been victims, according to a scathing report from the Associated Press. To date, the church leaders have yet to be held accountable.

According to the investigation, the Word of Faith Fellowship set up two churches in Brazil and used it as a means of siphoning young laborers to the United States to use them for forced labor.

Andre Oliveira was one of those slaves who tells the AP he was forced to work 15 hours a day, usually for no pay, first cleaning warehouses for the secretive evangelical church and later toiling at businesses owned by senior ministers. Any deviation from the rules risked the wrath of church leaders, he said, ranging from beatings to shaming from the pulpit.

“They trafficked us up here. They knew what they were doing. They needed labor and we were cheap labor — hell, free labor,” Oliveira said.

The church’s 35-acre compound in Spindale, NC provided the perfect core for this horrific human trade.

Former slaves who’d escaped the church were able to make it to authorities and describe the nature of what was happening to them.

“And do they beat up the Brazilians?” Jill Rose, a U.S. attorney in Charlotte who heard these allegations, asked, according to the AP.

“Most definitely,” one of the former congregants responded. Ministers “mostly bring them up here for free work,” another said.

Despite promising the victims that they would have someone look into the allegations, the victims claim that never happened. The AP reached out to Rose to verify these claims and she refused to comment.

As authorities continue to look the other way, the abuse continues.

“They kept us as slaves,” Oliveira said.

“We were expendable. We meant nothing to them. Nothing. How can you do that to people — claim you love them and then beat them in the name of God?”

One of the dozens of victims interviewed by the AP told reporters that she was put to work for no pay when she was only 12-years-old. The males were used as construction workers while the girls were often used as babysitters in the church’s K-12 school and forced to sew during the night.

While babysitting may not sound that bad, consider the following findings by the AP.

The revelations of forced labor are the latest in an ongoing AP investigation exposing years of abuse at Word of Faith Fellowship. Based on exclusive interviews with 43 former members, documents and secretly made recordings, the AP reported in February that congregants were regularly punched, smacked and choked in an effort to “purify” sinners by beating out devils.

Under the leadership of Jane Whaley, the Word of Faith Fellowship grew to nearly three thousand members in several countries throughout the world.

Members visit the Spindale compound from around the world, but Brazil is the biggest source of foreign labor and Whaley and her top lieutenants visit the Brazilian outposts several times a year, the AP found.

Whaley would travel to Brazil and tell the members of the church there that salvation awaited them in the United States.

Thiago Silva was one of those followers who got duped into coming to the US to be a slave. He told the AP that he was excited to travel to the US, but quickly learned there was “no happiness” at the church.

“Brazilians came here for labor. I’m telling you, that’s it,” Silva said. He called the treatment “a violation of human rights.”

Silva explained that he could only call his parents if someone monitored the call to make sure he would not tell them about his treatment.

Ana Albuquerque was another victim who came to the church when she was only five. Over time, she witnessed so much verbal and physical abuse that she began to see this behavior as normal.

“They come to you and say, ‘You will get to know the United States of America. You will get to go to the malls,’” she said. “But when you get there, everything is controlled.”

Other victims of the church describe horrifying scenarios in which they were crammed into the basements of other church leaders’ homes to be used a slave labor.

“There was never time to sit down. We were worked like slaves,” Luiz Pires said.

Slavery, in the United States, as well as the rest of the world, is a horrific and unfortunate reality. When the government looks the other way instead of stopping it, things only get worse.

While people may not be sold at auction in town squares anymore, humans still force other humans to do their bidding — which can often come in the form of forced sexual labor. Government actors, the elite, and churches are often the main culprits in this hideous practice which makes it that much more difficult to stop.