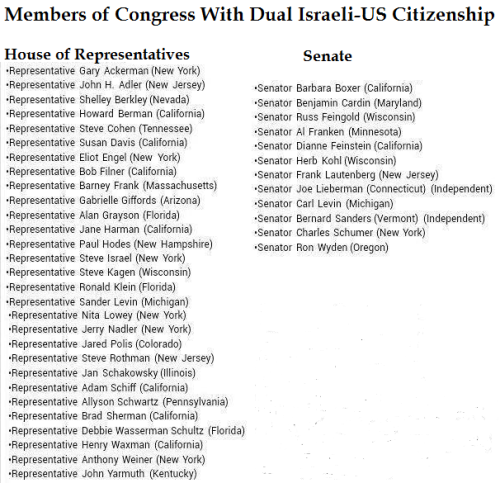 The First Amendment to the United States Constitution, adopted in 1791, states:

“Congress shall make no law respecting an establishment of religion, or prohibiting the free exercise thereof; or abridging the freedom of speech, or of the press; or the right of the people peaceably to assemble, and to petition the Government for a redress of grievances.”

The criminalization of political speech and activism against Israel has become one of the gravest threats to free speech in the West:

Now there are two companion bills in Congress which will criminalize free speech by making it a felony to support any boycott of Israel, in violation of the U.S. Constitution’s First Amendment that members of Congress have sworn to protect.

The bills are S.720 and its companion in the House, H.R. 1697, with an identical name, the Israel Anti-Boycott Act.

This bill declares that Congress: (1) opposes the United Nations Human Rights Council resolution of March 24, 2016, which urges countries to pressure companies to divest from, or break contracts with, Israel; and (2) encourages full implementation of the United States-Israel Strategic Partnership Act of 2014 through enhanced, governmentwide, coordinated U.S.-Israel scientific and technological cooperation in civilian areas.

The bill amends the Export Administration Act of 1979 to declare that it shall be U.S. policy to oppose:

The bill prohibits U.S. persons engaged in interstate or foreign commerce from:

The bill amends the Export-Import Bank Act of 1945 to include as a reason for the Export-Import Bank to deny credit applications for the export of goods and services between the United States and foreign countries, opposition to policies and actions that are politically motivated and are intended to penalize or otherwise limit commercial relations specifically with citizens or residents of Israel, entities organized under the laws of Israel, or the Government of Israel.

“For a half century, Congress has combated anti-Israel boycotts and other discriminatory activity under the Export Administration Act of 1979.”

HR 1697 also specifies the punishment for violating the Israel Anti-Boycott Act: a minimum civil penalty of $250,000, and a maximum criminal penalty of $1 million and 20 years in prison:

“Whoever knowingly violates or conspires to or attempts to violate any provision of section 8(a) [of the Export Administration act of 1979] or any regulation, order, or license issued thereunder shall be fined in accordance with section 206 of the International Emergency Economic Powers Act (50 U.S.C. 1705).”

A civil penalty may be imposed on any person who commits an unlawful act described in subsection (a) in an amount not to exceed the greater of- (1) $250,000; or (2) an amount that is twice the amount of the transaction that is the basis of the violation with respect to which the penalty is imposed.

Both bills have widespread bipartisan support:

The Jewish Telegraphic Agency reports on July 20, 2017, that HR 1697/S 720 “was drafted with the assistance of the American Israel Public Affairs Committee” (AIPAC). Indeed, AIPAC’s 2017 lobbying agenda identifies passage of this bill as one of its top lobbying priorities for the year.

The two bills that will make it a felony if you support any boycott of Israel also have the support of the thoroughly-cucked Christians United for Israel.

Did you know that, according to a list compiled in 2012, there are 41 members of Congress (29 in the House; 12 in the Senate) who have dual US-Israeli citizenship, which means they have dual loyalties?

The above list is dated in that Barney Frank, Henry Waxman and Anthony Weiner are no longer representatives.

Though not on the list, Sen. Benjamin Cardin (D-MD), 73, who introduced S720, is Jewish — his grandparents were Russian Jewish immigrants. The family name was originally Kardonsky.

In 2015, Rep. Peter Roskam (R-IL), 55, who introduced HR 1697, wrote a letter to the New York Times condemning the paper for a graphic on members of Congress opposed to Obama’s Iran nuclear agreement, which initially identified Jewish lawmakers with a bold yellow highlight. Roskam, who opposed the nuclear deal, called the graphic “anti-Semitic” and that it “feeds the canard of dual loyalty that legitimizes prejudice toward Jews worldwide.”

What is needed is an updated list. Alas, as L. Michael Hager — co-founder and former director general of the International Development Law Organization, Rome — discovered, it is extremely difficult to identify members of Congress who hold dual citizenship and to ascertain the second nationality of those members.

In October 2014, Hagen filed a Freedom of Information Act (FOIA) request with the Congressional Research Service (CRS) for the names of members of Congress with dual citizenship. In January 2015, he finally got a non-answer in a telephone call from a legal officer of the Library of Congress. After reminding Hagen that Congress and the CRS by extension are exempt from FOIA requests, the officer said CRS does not collect dual citizenship data.

“That’s bad news for those of us who believe that citizens should know if their representatives in Congress (and senior government officials and judges, for that matter) owe allegiance to any other nation….

Without transparency on dual citizenship, Americans remain in the dark, free to speculate on which representatives may have divided loyalties…. The lack of transparency is dangerous, for it erodes trust in government, creating credibility doubts where there should be none and allowing some conflicts to continue undetected, without question or debate.

Thus the first requirement is transparency. We need a government agency (presumably the CRS) or a non-governmental organization to disclose the names and non-U.S. national affiliations of Members of Congress and senior government officials and to track and report on this issue.

Secondly, we need more media attention to the subject of dual citizenship….

Beyond the threshold issue of transparency are equally important questions of whether a dual citizen elected to Congress or appointed to a senior USG position should be required to renounce his or her citizenship in the second nation. Even if American law continues to allow the government service of dual citizens, should it not require such persons at least to recuse themselves from participating in decisions or policy debates that relate to their second nationality?….

Conflicts of interest and apparent conflicts by public officials erode trust in government. Allowing dual citizenship in Congress (and in the Executive and Judicial Branches) to flourish under cover of non-disclosure puts our democracy at risk.

It’s time to bring this issue into open debate.”

To their credit, both the ACLU and MoveOn.org oppose S720/HR1697. In a letter urging senators to oppose the bill, the ACLU’s national political director Faiz Shakir wrote:

“We take no position for or against the effort to boycott Israel or any foreign country, for that matter. However, we do assert that the government cannot, consistent with the First Amendment, punish U.S. persons based solely on their expressed political beliefs.”