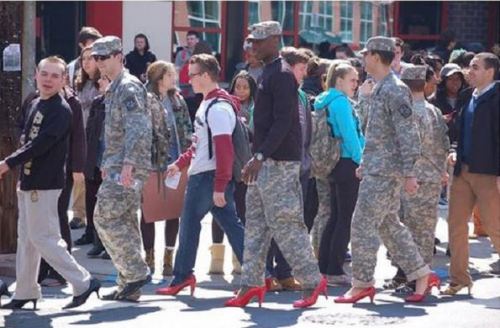 The military of any country, including that of the United States, is about national defense. The military is not a place for social engineering experiments.

But that’s precisely what Obama did to the U.S. military.

Under the Obama administration, so-called “transgenders” — a biological impossibility — were catered to:

Finally, sanity will now return to the U.S. military.

On Wednesday, President Trump sent out a series of three tweets announcing an end to the Obama administration’s policy of transgenders in the U.S. military. He wrote:

“After consultation with my Generals and military experts, please be advised that the United States Government will not accept or allow . . . Transgender individuals to serve in any capacity in the U.S. Military. Our military must be focused on decisive and overwhelming . . . victory and cannot be burdened with the tremendous medical costs and disruption that transgender in the military would entail. Thank you.”

If for no other reason, the high rate of suicides among transgenders should be a reason why they have no place in the U.S. military.

According to a study by the UCLA’s Williams Institute, whereas the percentage of suicide attempts in the overall U.S. population is 4.6%, among transgenders the percentage is a whopping 41%.