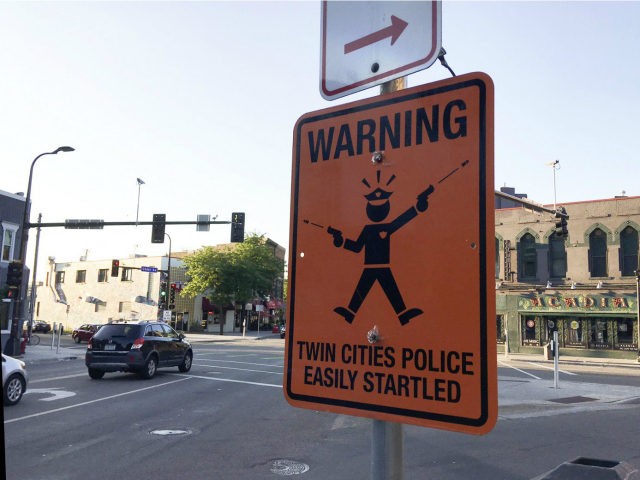 Shot to death trying to get their attention? Does this make sense to you? Me neither.

Minneapolis Somali-Muslim cop Mohamed Noor shot unarmed, pajama-clad Justine Damond to death at point blank range. On the force since 2015, he had three complaints against him. He is described by neighbors as “jumpy,” “ill-tempered,” “strict” and “disrespectful of women and blacks.” What was he still doing on the force?

Do you believe him? Me neither.

Investigators say that before Justine Damond was shot to death by a Minneapolis police officer, a woman “slapped” the back of his patrol car.

The search warrant issued by the Minnesota Bureau of Criminal Apprehension (BCA) does not say if that woman was the Australian yoga teacher.

The document may shed light on the possible source of the “loud sound” that startled the car’s driver.

Damond was killed by Officer Mohamed Noor after calling 911 two weeks ago.

The search warrant, which was provided to local news stations by investigators, stated: “Upon police arrival, a female ‘slaps’ the back of the patrol squad.

“After that, it is unknown to BCA agents what exactly happened, but the female became deceased in the alley.”

Mohamed Noor, who fired the fatal shot across his partner and through the driver’s window, has so far refused to be interviewed by investigators.

Officer Matthew Harrity, who was driving the police cruiser through the alley behind Damond’s home, has told detectives that they were startled by a “loud sound” just before the shooting.

Minneapolis made a significant financial investment in Mohamed Noor.

“He is extremely nervous … he is a little jumpy … he doesn’t really respect women, the least thing you say to him can set him off.”

Why is the Minneapolis police department worrying about Facebook posts instead of investigating the murder?

The Minneapolis Police have released audio of the moments around the fatal US police shooting of Australian yoga instructor and meditation coach Justine Damond in a Minneapolis alley. Why did Mayor Betsey Hodges laud Mohamed Noor? Because he was Muslim and because he was from Somalia.

The family of Justine Damond has hired a high powered attorney. I am so reliever that this cold-blooded killing is not going to be swept under rug just because the cop is Muslim. If he Noor survives and keeps his job that means special treatment. They can compel him. They can’t use the statement in court. So Mayor Hodges lied.

This is all about apostasy. Rifqa Bary is terrified of going back to Ohio. So wouldn’t sending her back be the worst form of child abuse? whose reputation is questionable, have filed a complaint against Rifqa. The abusive father who used Rifqa’s eye loss as a pretext to come into this country and then never…

In the aftermath of the Minneapolis cop Mohamed Noor’s brutal murder of an unarmed woman in her pajamas, dhimmi Mayor Betsy Hodges thought she had her sacrificial lamb when she forced Police Chief Janee Harteau to resign. Not so fast. The people ain’t having it.

Chief Harteau was forced to resign by Mayor Betsy Hodges who has crossed horns with Harteau in the past. When is Hodges going to resign?

Think about it — no talk of firing Mohamed Noor and Mayor Hodges who forced Noor in stays. They have the sacrificial lamb

“A source with direct knowledge of the shooting said Monday that the woman was shot multiple times.” Mohamed Noor’s partner was allegedly “stunned” when Noor opened fire, KARE11 reported through a source. There were three complaints against this Muslim cop, why was nothing done? Were higher ups afraid of being called islamophobic?

Mohamed Noor was the first Somali-American Muslim officer in his precinct. The Mayor heralded Noor’s induction into the force. “I want to take a moment to recognize Officer Mohamed Noor, the newest Somali officer in the Minneapolis Police Department,” she wrote. They held celebrations.

Is it any wonder that Muslim officials would be standing with the Muslim killer-cop? This is the first cop shooting that Islamic groups support.

And just as in the wake of every jihad terror attack, the response by the Islamic hierarchy is demands for more sharia. Terror begets sharia, every time.

Typical of jihad operatives, the lawyer of the Muslim police officer who shot dead Justine Damond in cold blood is now smearing, defaming and libeling the victim. Exactly what they do to us for opposing jihad terror. Her family insists the health enthusiast, yoga instructor and meditation coach was not taking any meds but even if she was, so what? If every American who took Ambien deserved to be shot, half the country would be dead.

“This individual was seen bicycling eastbound on West 51st Street immediately before the shooting and stopped at the scene and watched as the officers provided medical assistance to Justine Ruszczyk,” the statement also said. The cyclist may also have vital video evidence of the fatal shooting which left Ms Damond dead.

We cannot compound that tragedy by turning to racism, xenophobia, and Islamophobia….experiencing discrimination, file a
complaint at http://www.minneapolismn.gov/civil…/discrimination-complaint

That’s Betsy on the right. Watch:

News Corp spoke to half a dozen residents who were in their houses around the crime scene on Saturday night and none had heard the gunshot or any other loud noises that sounded like fireworks. One
resident a block from the scene, waiter Tom McConnell, said however it was common during the current summer holidays for fireworks left over from the recent July 4 celebrations to be set off on weekend nights.

The Minneapolis Muslim police officer who fatally shot a woman who called 911 for help has refused to be interviewed by authorities investigating the shooting, Why should he? He answers to a high authority and he knows the media and left will have his back. Islam trumps all. Black Lives Matter, LGBT, feminism — nothing beats Islam. Nothing.

It’s a win/win for the Muslim world every time there is jihad carnage. Jihad terror results in more sharia enforcement.

After every heinous Muslim attack (including Septemenr 11th), the knee-jerk response by media and cultural elites is a nonexistent “fear of reprisal” and cries of “islamophobic” tweets that offend Muslim hair-trigger sensibilities. Never does the Muslim world self-reflect. Never do Muslim leaders say, we have a problem, this is evil and we have to be good. We must expunge Islamic texts that exhort to holy war and hate.