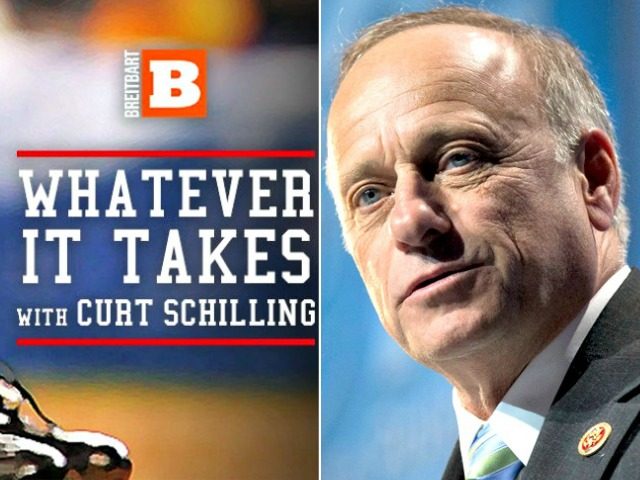 Representative Steve King (R-IA) has pointed out that the Pakistan-born Muslim Democrat IT spy, Imran Awan, had access to “all the communication of the Foreign Affairs Committee.”

Kings’ comments came on Breitbart New’s Whatever it Takes with Curt Schilling on Wednesday.

Breitbart reports, “Rep. King, a staunch conservative and ally of populist nationalism, stressed that the facts are anything but clear at this stage. The surface narrative itself was suspicious enough for King even before getting into the extensive criminal allegations against Awan and his brothers. The trio is reported to have been paid over $4 million over the last eight years for providing IT services for Wasserman Schultz and up to 24 other Democratic congressmen. Imran Awan himself was reportedly kept on as a “part-time” employee at a $165,000 salary.”

“If the reports are right, if these three individuals…drew down, over this period of time, $4 million and Debbie Wasserman Schultz had a part-time employee who’s making $165,000 that she just fired – what – yesterday afternoon?” King told Schilling.

However, what about the smashed hard drives discovered by the FBI at Awan’s home? What about the other computer equipment and years of access that the Awans had via the House Democratic caucus?

Schillling replied, “I think this could be an enormous act of treason with a lot of people complicit.”

So, who are those complicit that Schilling is referring to? Quite possibly, it extends up to Bill and Hillary Clinton and House Minority Leader Nancy Pelosi. However, we know that there are at least 23 current and former Democrat members of Congress who used the Awan’s services.

Just consider that Rep. Gutierrez recently said that President Trump is a “major criminal” who must be “eliminated.”

It seems so clear to me that not only are the Awans guilty of treason, but every single member of Congress who hired them without keeping tabs on what the access to information they had.

I’m highly doubtful we’ll see anything from the Justice Department that will deal justly with the criminal representatives since we’ve yet to see anything about an investigation into Hillary Clinton, which was promised before the election and then walked back after the election, and since we continue to see the DOJ engage in the unconstitutional practice of asset forfeiture and seeking to put people in jail for possession of plants.

Still, one can hope.