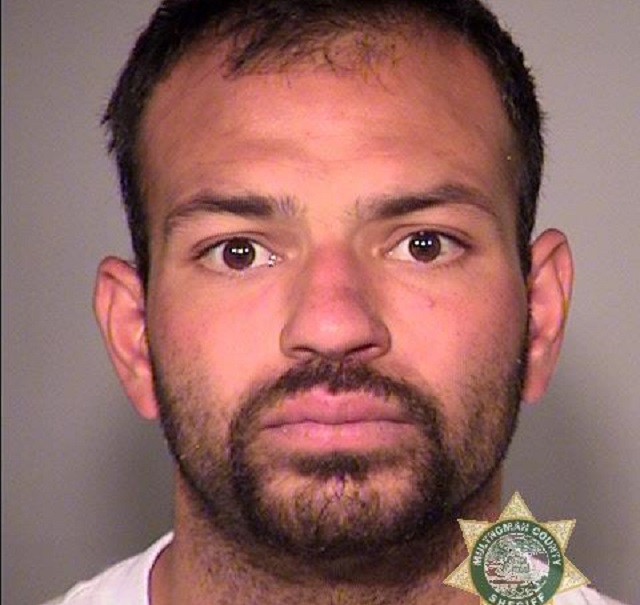 An illegal immigrant from Mexico who has been deported 20 times was arrested Monday night in the sanctuary city of Portland for allegedly breaking into a 65-year-old woman’s home, tying her up, sexually assaulting her, threatening to kill her and stealing her car.

He then went on to assault another woman and commit multiple break-ins before finally being caught while running from police.

The assailant was identified as Sergio Jose Martinez, 31, of Mexico. Martinez also goes by the nicknames “Poison” and “Smyley” and the fake names “Sergio Alberto Martinez” and “Erick Acosta.”

Martinez is reportedly a drug addicted meth addict and an alcoholic with a massive rap sheet.

Martinez moved to Portland within the last three years. He appears to be transient with no fixed address. He has used a Northwest Portland shelter as his mailing address. Martinez told officials that he picks up construction jobs to make money.

Martinez is a meth and marijuana user and told the sheriff’s office alcohol is his most serious addition. Earlier this year, he told jail staff that he consumes four to six 24 oz. beers per day. In the past, he said he has consumed as much as 10 beers per day.

Records also show that Martinez has told county staff that he has numerous mental health issues including bipolar, schizoaffective, and borderline personality disorder.

His criminal record is extensive.

“Defendant has entry/removal from United States to/from Mexico 20 times with at least 5 probation violations from re-entry,” according to court documents filed in March 2017.

His most recent removal from the United States was in November 2016, but it remains unknown when he re-entered the U.S.

Records show that Martinez has lived in Multnomah County consistently since 2017. The county has issued 9 failure to appear warrants against Martinez since September 1986.

“There’s no place in this community for sexism, racism, religious intolerance or xenophobia,” Wheeler said. “I don’t think the values that we’ve espoused in this community are up for debate and we’re not going to be intimidated by the threat of withdrawal of federal funds to backtrack on what are really fundamental values.”

“I’m underscoring the fact that Portland is not going to backtrack on our values,” he said. “We will remain open, we will remain welcoming and we’re going to remain safe.”

Wheeler has not commented on this illegal alien’s rape and crime spree. Instead, today he chose to counter-signal Trump for moving to ban transgenders from serving in the military.

There are thousands of transgender Americans serving in the military. You have earned our thanks and respect.