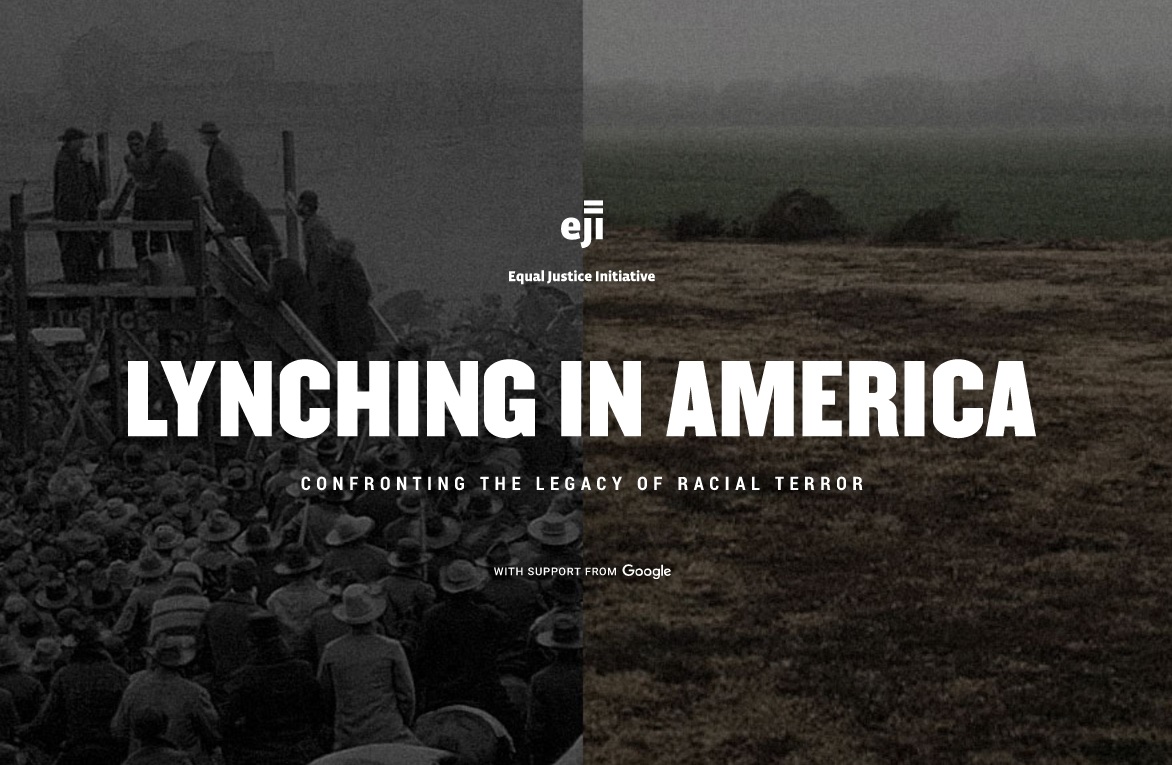 American visitors to Google this July 28th will find a “doodle” asking them to explore their “legacy of racial terror,” the effects of which “are still felt today.”

Google’s homepage links to a site called “Lynching in America” from Bryan Stevenson’s “Equal Justice Initiative,” which Google is funding. The site features a host of made-up statistics and wild exaggerations, such as the claim that “more than six million African Americans fled the South in the first half of the 20th century” because of “terror lynchings and other racial violence.” Additionally, if you actually read what’s written in their own report, they say the number is “close to six million.” EJI’s site claims “more than 4,000 African Americans were lynched across twenty states between 1877 and 1950.” A study from the Tuskegee Institute found the number of blacks killed in lynchings between 1882-1968 was 3,446. Seeing as how EJI can’t even get the numbers straight in their own report, there’s absolutely no reason to believe their numbers are not wild exaggerations.

EJI claims that “after slavery was formally abolished, lynching emerged as a vicious tool of racial control to reestablish white supremacy and suppress black civil rights.”

They ignore the fact 1,297 white people were also lynched during the same time period.

In matter of fact, rather than being a “vicious tool of racial control to reestablish white supremacy and suppress black civil rights,” many of these lynchings were primitive punishments for crimes.

The references in the report are also just flat out wrong. Look for example at references 296 and 297, which are supposed to be about a Supreme Court ruling: Reference 296 and 297 in the footnotes cite unrelated works about the holocaust. This report is an hysterical fraud. Google should be ashamed of themselves for funding such nonsense.