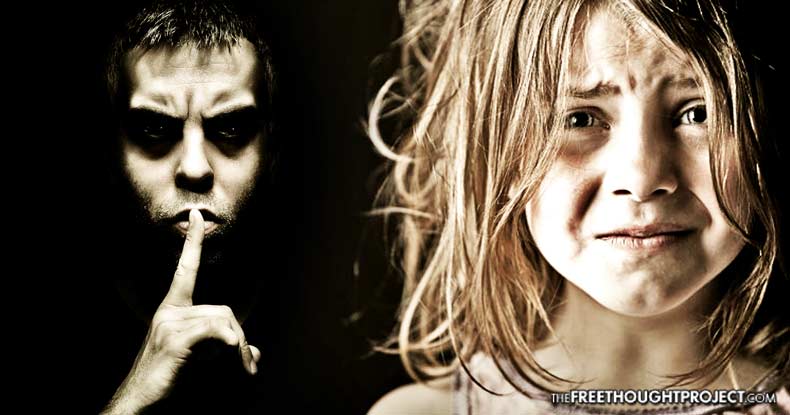 Los Angeles, CA – A report of a missing teenager in Tulare County, California, in late 2016 culminated into the uncovering of one of the largest sex trafficking rings in the Western United States, according to an announcement by the Los Angeles County Sheriff’s Department on Thursday. Thirteen young women and girls, including the missing teen, were freed from captivity as a result of the extensive investigation.

The missing teenager’s disappearance, and subsequent discovery in a West Hollywood apartment in January, led investigators in the LA Sheriff’s Department to discover an extensive human sex trafficking network that extended from Nevada to California. During the course of the investigation, detectives discovered the ring used apartments in dozens of communities, including Burbank, West Hollywood, and Las Vegas, as brothels.

“Years ago, a human trafficking case of this magnitude was not likely,” Los Angeles County Sheriff Jim McDonnell said in a news conference in downtown. “We knew the more we looked, the more we would find.”

According to a report by the Los Angeles Daily News:

The complaint, filed Wednesday by the California Attorney General’s office, alleges that Brown lured victims from the Central Valley as far back as in October and trafficked them throughout the state. Investigators also said:

• The 13 victims include eight minors who were sold for commercial sex.

• A 2017 Maserati Ghibli, a 2017 Maserati Levante, and a 2016 Porsche Panamera, all confiscated by investigators, were used in the ring and obtained through fraudulent means.

• 16 sites across California and in Nevada were used as brothels as part of the ring.

McDonnell said that detectives uncovered that Brown and Turner “would traffic the victims in plain sight,” using the Internet to advertise the women they were attempting to sell.

“They are as young as 15 years old, bought and sold for commercial sex,” according to McDonnell.

“Human trafficking, which includes sex and labor trafficking, is one of the fasting growing crimes in the world. Its reach is not limited to foreign countries,” Becerra said. “In California, human trafficking is reported here in our state more than in any other.”

Law enforcement said the investigation is ongoing, as they attempt to uncover and arrest the individuals who solicited the young women and teenage sex slaves.

“The predators online that are looking for an 11 year old … these people are not the traditional johns that most people think of,” McDonnell said. “These are predators. These are child molesters that are out there taking advantage of some of the most vulnerable in society.”

Since the Los Angeles Regional Human Trafficking Task Force was established in 2015, there have been 697 arrests, and of those, about 30 percent were male buyers. In addition, there have been 185 victims rescued, a majority of them youths who were sex trafficked.

Tulare County Sheriff Mike Boudreaux said he has since met with one of the victims rescued, and she has received help and is back in school. But he implored parents to watch their children carefully, especially while they are on their mobile phones.

“To the parents, be vigilant,” Boudreaux said during the press conference. “Pay attention to what your children are doing online. Social networking is an environment for predators to prey on and exploit the innocence of our children.”

Of course, when even those tasked with protecting children — such as Raymond Liddy, 53, a California deputy attorney general — are arrested on charges of possessing child pornography; who is left to actually look out for the welfare and safety of the children?

In addition to being a California state prosecutor, Liddy is the son of a prominent Watergate figure—G. Gordon Liddy—who was an operative in President Richard Nixon‘s campaign attempt to burglarize the Democratic National Committee.

Raymond Liddy was arrested at his home and was charged in federal court with possessing images of minors engaged in sexually explicit conduct, according to federal court documents obtained by Heavy. He was subsequently released from custody and placed on home detention with GPS monitoring after posting a $100,000 bond during his arraignment.

Even after taking down “one of the largest human trafficking rings on the West Coast,” there is a virtual certainty that this bust only barely scratches the surface. When high-level officials, tasked with prosecuting those that break the law, are accused of being the ones preying upon the innocent and weakest in society it makes one seriously question who is actually looking out for the victims.

Please share this story in an effort to raise awareness about the extreme scope of this constant and pervasive societal problem of the sexual trafficking of children!